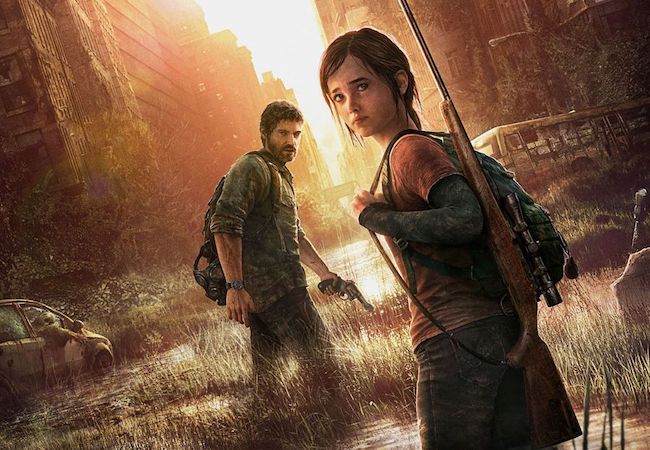 Welcome to MovieMaker’s Movie News Roundup, where we succinctly summarize movie news and just movie news — always with links back to the original source. Today: A Woody Allen walkout, people are still going to Regal Cinemas, and the costs of delaying James Bond in Die Another Day.

SXSW Cancelled: “The City of Austin has cancelled the March dates for SXSW and SXSW EDU. SXSW will faithfully follow the City’s directions,” the festival announced. “We are devastated to share this news with you. ‘The show must go on’ is in our DNA, and this is the first time in 34 years that the March event will not take place. We are now working through the ramifications of this unprecedented situation.”

The Last of Us Is Being Adapted Into an HBO Series by Chernobyl Creator Craig Mazin: The Hollywood Reporter has the exclusive. This is Playstation Productions’ first-ever television series, and it seems like a safe bet, as The Last of Us (pictured) holds many Game of the Year awards and has remained a fan favorite since its release on the Playstation 4 in 2014. Fans of the series also eagerly await The Last of Us Part II which is scheduled for release on the PS4 this May.

Geena Davis’ Bentonville Film Fest Delayed: The sixth annual Bentonville Film Festival has moved from April 29-May 2 to August 5-8, because… you know why. “Our number one concern is the safety of our content creators and our community of attendees,” Davis, the festival’s co-founder and chair, said in a statement. Bentonville is known for championing female filmmakers.

(By the way: Two festivals that are underway this weekend are The Female Eye Film Festival, in Toronto, and the Manchester Film Festival. Both would love your support.)

People Are Still Going to Regal Cinemas: Despite speculation that coronavirus might keep people home from theaters, Cineworld, the world’s second-largest theater chain, says it hasn’t noticed a drop so far. It owns Regal, which has the second-largest number of screens in the U.S.

“Thus far, we have not observed any material impact on our movie theatre admissions due to COVID-19,” it said in a statement Friday morning, “We continue to see good levels of admissions in all our territories, despite the reported spread of COVID-19.”

Stars Exits SXSW: And Lionsgate will reduce its SXSW presence, Variety reports. Companies that have bailed on SXSW include Amazon Studios, Apple, Facebook, Twitter and Netflix. Here’s MovieMaker’s List of Everything Film and TV-Related That Is Canceled, Delayed or Imperiled by Coronavirus Fears.

Bond Move Will Cost MGM $30 Million: The Hollywood Reporter spoke to sources who say moving Die Another Day to November because of coronavirus fears will cost the company $30 million — but that it could have been worse.

Harvey Weinstein Off the Rikers: He’ll be in the infamous New York jail by the time you read this story in The Hollywood Reporter.

Scary Trailer Alert: We’re starting to understand what Antebellum is about, and yow.

And now, a little section we like to call “Yesterday’s Movie News”:

Cannes in Peril? France has banned indoor gatherings of 5,000 people or more, and Variety reports that a new extension of that ban through May 31 may threaten this year’s Cannes Film Festival. Variety notes that it is scheduled to take place May 12-23 and that last year’s festival drew more than 12,000. Ugh.

Black Widow Not Moving: In a story headlined Coronavirus Concern At The B.O.: After ‘No Time To Die’ Move, Could ‘Black Widow’ & ‘F9’ Be Next?, Deadline reports that the answer is no — at least so far. The site says “Disney is adamant that they’re not moving the May 1 release date of Black Widow,” and that Universal has no plans to move the May 22 release date of the latest Fast and the Furious film. The Hollywood Reporter also reports that Black Widow is staying put, as is Mulan.

Everyone’s warily watching release dates because of Wednesday’s news that No Time to Die has been pushed to November because of coronavirus, aka COVID-19.

Antebellum Trailer: Janelle Monáe Strives to Be Seen and Heard
Woody Allen’s Memoir Is Cancelled, Apropos of Many Things