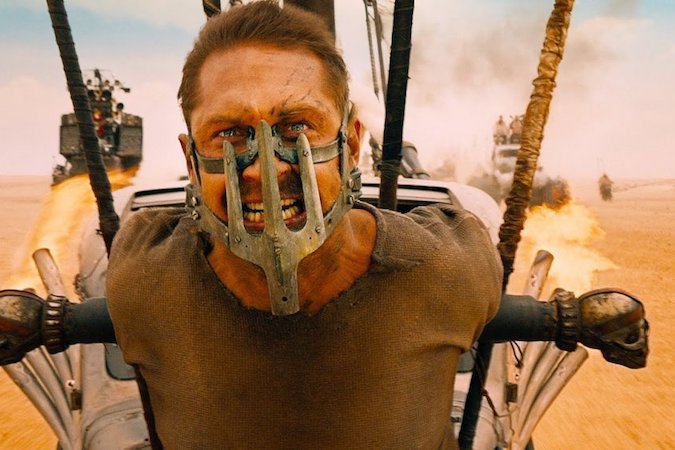 We’re keeping Today’s Movie News succinct: Emmys season is delayed; an update on movies in limbo, from The Batman to the Mad Max spinoff Furiosa; and critics say Woody Allen is everything from “tone deaf” to “hilarious” in his memoir. Also: SAG-AFTRA does good.

Soundstages for Hospital Beds: A novel idea from Los Angeles Mayor Eric Garcetti: Perhaps the L.A. Convention Center, hotels, motels, empty sports venues and soundstages could be used for hospital beds. Somehow we feel like celebrities are going to get the Four Seasons beds and we’ll get the motel ones. Will they at least vibrate if we put in a quarter?

SAG-AFTRA Processing Checks: The union is processing about 95,000 checks worth an estimated $20 million, The Hollywood Reporter notes. Don’t worry — gloves and social distancing are involved.

Chinese Cinemas Re-Close: Remember when some cinemas in China re-opened? The government changed its mind, for fear of a potential second wave of coronavirus, says The Hollywood Reporter.

Movies in Limbo: From The Batman to the Matrix 4, Variety has a rundown of them all. It says that director George Miller has been meeting online with actors including Anya Taylor-Joy for his Mad Max spin-off Furiosa, which he hopes to start shooting next year. Or you can just see the new Mad Max every time you buy groceries.

Woody Allen Reviews: Reviews of Apropos of Nothing are in, and they’re mixed. Dwight Garner’s very thoughtful New York Times review says the book is “sometimes appealing, occasionally funny, sad and somewhat tawdry,” adding that it is “incredibly, unbelievably tone deaf on the subject of women.” You can read the whole thing here. Kyle Smith at the National Review flatly rejects the idea that Allen molested his daughter, and praises the book as an “absolute delight, hilarious and endearing and glistening with stardust.” Deadline‘s Peter Bart says the book “exhibits the same absence of order and discipline that has haunted both his films and his personal life.”

Movie News: Can Theaters Survive?; Internet Slows; Below-the-Line Help
How Dolemite Is My Name Writers Scott Alexander and Larry Karaszewski Went From Roommates to Masters of the Biopic (Podcast)