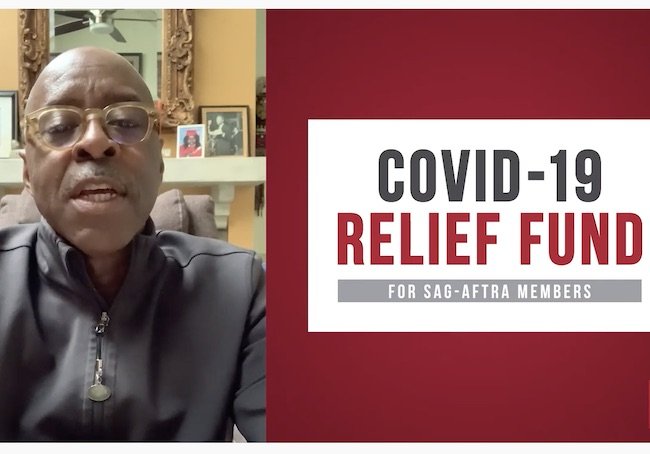 In today’s movie news: Justice League star Ezra Miller has not responded to a concerning video; SAG-AFTRA has paid out $1 million to members in need; David Fincher and others are giving master classes online; and if you have a project that could use a boost, we’d love to hear about it.

Ezra Miller: “Ezra Miller Appears to Choke Woman in Video,” Variety reports. We’ve reached out to the Justice League and Fantastic Beasts star’s reps and have not yet received a response. There are obviously a lot of questions here, including: Why are these people out in public at all?

From P.A. to Uber Eats: The New York Times has a good, short profile of a New York City production assistant who has shifted to delivering Uber Eats, and worries that he may spread coronavirus to his grandmother. One positive: Everyone is tipping well.

Got Something We Can Boost? If you’re a film festival, theater, filmmaker or other independent with a creative way to stay afloat in these difficult times, let me know: Tim.Molloy@MovieMaker.com. We’d love to help get the word out.

David Fincher Master Classes: The U.K.’s National Film and Television School has enlisted the likes of Fincher, Sam Mendes, Ricky Gervais, Sally Wainwright, Edgar Wright and and Jesse Armstrong to teach during the coronavirus quarantine, Variety notes. Gervais’ advice: “You’ve got to trust your instincts, you’ve got to do it for you. You’ve got to be confident. If you find it interesting, someone else will and it’s your job as a director to make them as interested in that subject as you.”

And Now a Word From Louisiana: The Louisiana Film Prize Foundation, which hands out a $50,000 prize to a rising filmmaker almost every year, is staying in touch with filmmakers during the COVID-19 quarantine through its brand-new video series, PrizeCast. You can watch the pilot here:

Tarantino’s Reviews: If you’re looking to get lost in some cinematic crate-digging, we highly recommend Quentin Tarantino’s movie reviews of films like I Escaped From Devil’s Island, The Dynamite Brothers, and Peter Bogdanovich’s Targets.

SAG-AFTRA Relief Fund Pays Out $1 Million: SAG-AFTRA president Courtney B. Vance says in a message to the union: “We’ve now distributed $1 million in emergency aid to members in need. We currently have over 3,000 applications still in process so we again appreciate your patience, as we’re working very hard to help even more people as quickly as we can.” He also asks members who can get by for two months to wait to apply so that those in urgent need of help receive priority, and urges members to visit the SAG-AFTRA website for information on dues relief, filing for unemployment, and more. Also: Today we learned that some of the ways to mistype “SAG-AFTRA” include “SAG-AGTRA” and “SAG-ARFTA,” and of course “SAF-AGTAR,” which kind of sounds like “safe actor,” but not enough that they should change the name.

Yet Another Recommendation: Better Call Saul has been a real joy during these days indoors. Mr. Show With Bob and David fans will be delighted by a Jay Johnston appearance this season. Here are Bob Odenkirk, Jay Johnson and many others in one of the best sketches we’ve ever seen, The Story of Everest.