Movie News: Cuties Indicted; Inside American Murder; News of the World Is the Captain Now 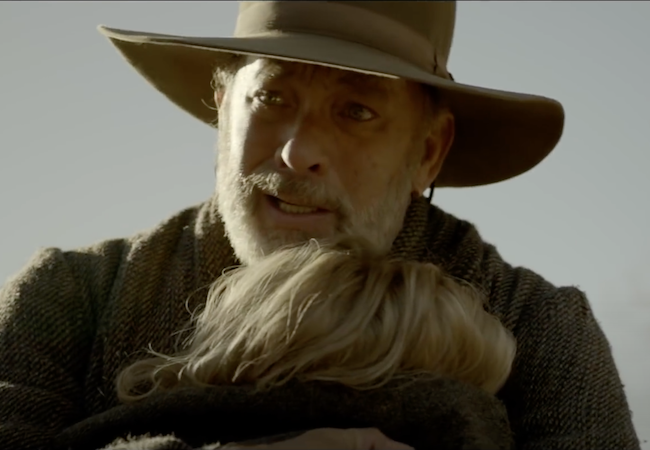 In today’s Movie News Rundown: A small county indicts Netflix over Cuties;  American Murder is the rare true-crime doc that doesn’t care about the killer; and we lose it over the News of the World trailer. Plus: the charming movie legacy of Eddie Van Halen.

Cuties Indictment: The small Texas community of Tyler County has indicted Netflix over Cuties,  the French film about a young girl from a strict Senegalese Muslim family who joins a twerking child-dance troupe. The one-page indictment, which you can read here, accuses Netflix of “promotion of lewd visual material depicting a child.” Netflix said the charge is without merit, telling USA Today: “Cuties’ is a social commentary against the sexualization of young children.”

Don’t Worry, Netflix: Says me, a person who never in a million years thought Gawker would be destroyed by Hulk Hogan.

Inside American Murder: Jenny Popplewell’s Netflix doc American Murder: The Family Next Door is a true-crime doc for people who hate true-crime docs. Instead of fixating on the killer, it uses family videos from the victim, Shanann Watts, to give her back her voice. It uses only pre-existing footage—drawn from Shanann’s phone, and surveillance cameras, among other sources—to tell the story with no stagey interviews or re-enactments. Popplewell talks with Eric Steuer about her objectives and process in the latest MovieMaker Interviews podcast, which you can listen to on Apple or Spotify or here:

Editing How-Not-To: No Film School seems to have figured out what editing program someone in the White House used to produce Trump’s cough-free video. Of course editing, like public relations, is most effective when you don’t notice it.

Yep, Gonna Cry Through This Whole Entire Thing: Here’s the trailer for News of the World.

‘Make No Mistake’: Fans of Captain Phillips, the last collaboration between Tom Hanks and director Paul Greengrass, will remember the film’s most famous line. Doesn’t Hanks’ line at the 30-second mark of the News of the World trailer feel like a rebuttal?

R.I.P. Eddie Van Halen: The iconic musician, whose songs provided one of the weirdest moments in Better Off Dead and gave a title to a Richard Linklater’s wonderful Everybody Wants Some!!, has died at 65 after a long fight with cancer. Can I get personal for a second? Family friends got me Van Halen’s 1984 for Christmas in, well, 1984, and my parents freaked out. On Fridays at my elementary school, we could lip-synch songs for music class, and I spent fourth grade rehearsing Van Halen songs for those days, holding a cardboard guitar I painted red-and-white like Eddie’s. One of my favorite childhood memories is our fiftyish babysitter watching him walk down the desks goofily grinning in the “Hot For Teacher” video, shouting at the screen, “That man is F-I-N-E fine!” He sure was.

No Cuties in This One, I Promise: Here’s yesterday’s Movie News Rundown.