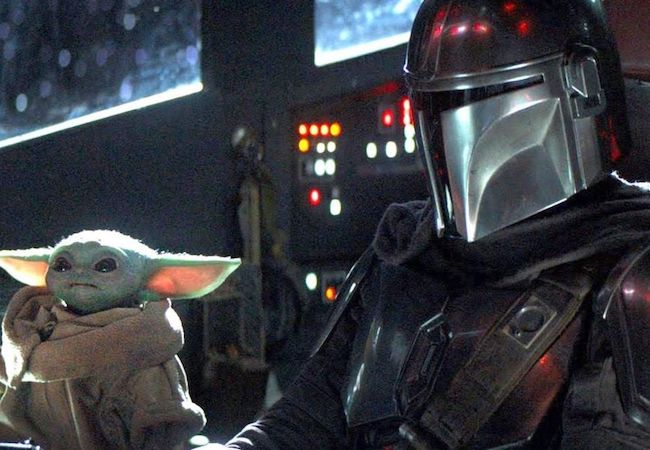 In today’s Movie News Roundup: A Disney heiress unloads on Disney executives; we debate Netflix’s divisive The Platform; and PBS’s Frontline takes on COVID-19. Plus: The perfect way for film fans to celebrate Earth Day turning 50.

Happy Birthday, Earth Day: Today is the 50th anniversary of Earth Day, and everyone’s reducing their carbon footprints by not taking airlines, skipping that long commute, and using paper products very sparingly. Great work, everybody! Also, the EarthxFilm festival starts tonight, virtually of course, and will include 36 environmentally minded features and short films. Here’s our story.

Disney v. Disney: “WHAT THE ACTUAL F***?????” is Disney heiress (and moviemaker) Abigail Disney’s reaction to Disney stopping payments to 100,000 workers this week. The Financial Times reports that suspending pay for the “so-called cast members” will save Disney up to $500 million a month at its theme parks and hotels. The FT adds that Disney hasn’t commented on its 2020 dividend plan, “but in recent years has made semi-annual payments typically worth $1.5 billion.” Abigail Disney argues that much of that money goes to Disney executives, adding that the $1.5 billion could “pay for three months salary to front line workers.” You can read the whole thread here. Abigail Disney’s father, Roy E. Disney, was the last member of the family to be actively involved with the company.

Speaking of Disney: Variety reports that The Mandalorian Season 3 is already in the works, months before Season 2 has even aired. And yes, that means Season 2 has wrapped and is still on schedule to air in October. Maybe Baby Yoda will finally say his first words: “Workers you should pay.”

Inside VFX Houses: The Hollywood Reporter has a smart look at how postproduction houses are working from home while complying with strict nondisclosure agreements.

Love & Basketball at 20: Every film site is spending the quarantine getting filmmakers to talk about the anniversaries of their movies, and we love it. In this terrific Hollywood Reporter piece, Gina Prince-Bythewood talks about the love story starring Sanaa Lathan and Omar Epps.

Podcasting Platform: In the latest Low Key podcast, you can listen to co-hosts Aaron Lanton, Keith Dennie and Tim Molloy (that’s me, hi!) discuss Netflix’s The Platform, which some critics say is the perfect film for the hoarding era. In agreement I am not.

And now, a plain and simple link to yesterday’s movie news.

18th and Grand: Traces L.A. History Through a ‘Palace of Violence’