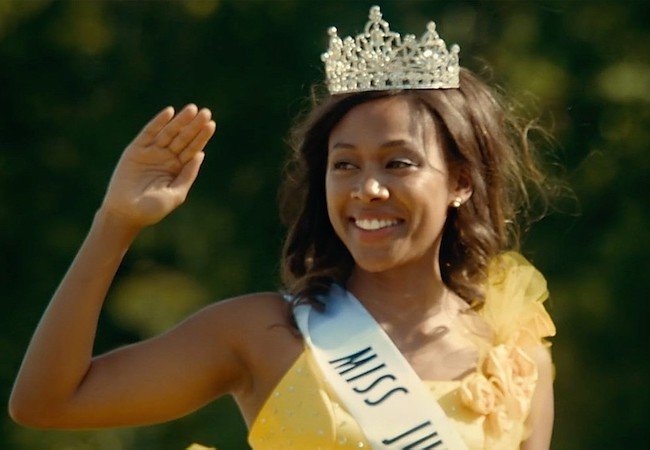 In today’s Movie News Rundown: AMC theaters doesn’t care if you wear a mask; Arnold Schwarzenegger calls out “absolute moron[s] who can’t read”; Jamie Foxx discusses his transformation into Mike Tyson for a new biopic; and a look at the timely release Miss Juneteenth. Plus: 1st AD jobs are about to get harder.

AMC Theaters and Masks: In an innocuously titled Variety piece (“AMC Theatres Unveils Plans to Reopen During Coronavirus”), the theater chain’s CEO, Adam Aron, said AMC theaters won’t require guests to wear masks because “we did not want to be drawn into a political controversy. … We thought it might be counterproductive if we forced mask wearing on those people who believe strongly that it is not necessary.”

Hm, Did People Like That?: “The science is unanimous — if we all wear masks, we slow down the spread and can reopen safely. It’s not a political issue. Anyone making it a political issue is an absolute moron who can’t read,” said former Republican California Gov. Arnold Schwarzenegger, voicing a sentiment shared by tens of thousands who retweeted him.

Another Man’s Perspective: It’s been noted that some men see masks as unmanly. But James Mangold, who has “man” right there in his name and is the director of many manly movies we like including Ford v. Ferrari and Copland, offered some choice retweets, including: “Hey @AMCTheatres  — do you let people smoke in your theaters if they ‘believe strongly’ that it’s OK?”

What About Other Theaters? Regal Cinemas said Friday it will require masks, TheWrap reports.

‘Filmmaking Is a Hazardous Activity’: In a Slamdance/MovieMaker webinar you can watch here, attorney David A. Pierce explained why 1st ADs are about to become even more important on film sets — they’ll be the ones responsible for protecting everyone against COVID-19. They’re also the ones responsible for watching the clock. David says those two jobs aren’t contradictory.

Jamie Foxx as Mike Tyson: Jamie Foxx said on Mark Birnbaum’s Instagram Live series Catching Up that he’s going to play Mike Tyson in a biopic. Can he pull off the transformation? “I guarantee you people will run up on me in the street, and ask for autographs, and think that I’m Mike,” he said. Watch at the 52:45 mark:

The greatest of our generation for the hour Jamie Foxx

Happy Juneteenth: The Sundance darling Miss Juneteenth, the debut film from Channing Godfrey Peoples, arrives today, Juneteenth, just as the once-neglected day gets wider recognition thanks to our Black Lives Matter-led reckoning on race. Juneteenth was June 19, 1865, the day slavery was abolished in Texas — more than two years after the Emancipation Proclamation declared it over. The movie isn’t directly about Juneteenth: It follows Nicole Beharie as a former beauty queen guiding her daughter (Alexis Chikaeze) in a pageant called Miss Juneteenth. “It saddens me that we’re in this moment where we are. We’re talking about Black people finding their freedom two and a half years late, and we’re still in a place in 2020 where we’re talking about Black people having the freedom to even breathe,” Peoples said in an interview with EW. Here’s a trailer:

Comment of the Day: A reader named Kate comments on our podcast with director Jeffrey McHale, whose terrific documentary You Don’t Nomi is about Showgirls: “I have never understood the hate for Showgirls, or the fact that any discerning film-watcher could dislike this movie. Also, it’s clearly centered on a lesbian love story, this was not discovered ‘after the fact.’ It mystifies me to this day that people seem intent on misreading this film. I don’t know why it takes a podcast of explanations to prove it’s good. It’s good. Watch it with your own eyes and let your prejudices down.”

You can listen to that unnecessary podcast on Apple, Spotify, or right here:

‘Filmmaking Is a Hazardous Activity’: How COVID-19 Just Made 1st ADs Even More Important
Why Spike Lee Didn’t De-Age His Da 5 Bloods Stars