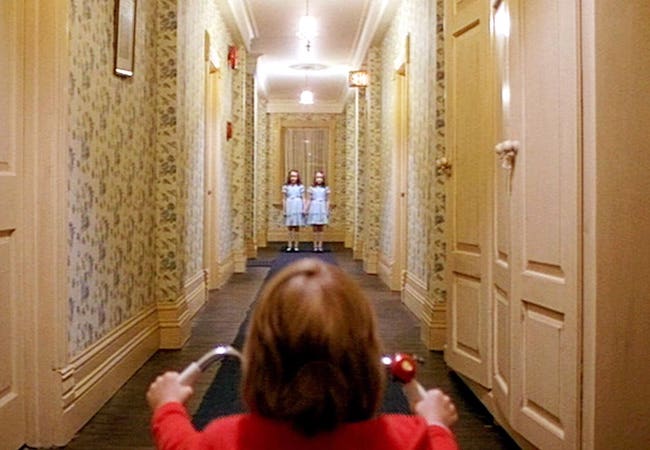 In today’s Movie News: We remember beloved songwriter Adam Schlesinger, share a scathing lawsuit by a fired Paradigm agent, and recognize the good deeds of Leonardo DiCaprio, Oprah Winfrey and Sony. We also get some perspective on our current situation from Stephen King movies. And finally: Tiger King legend Joe Exotic has one very reasonable idea and one very unlikely one.

Stephen King Movies More Believable Than What’s Happening Now: Here’s our short list. We skipped the ones that are supposed to be realistic, like Misery and Stand By Me.

RIP Adam Schlesinger: The brilliant Fountains of Wayne songwriter, who also wrote the eminently catchy title song in Tom Hanks’ That Thing You Do!, died at 52 of complications from coronavirus, his family told The New York Times. Hanks, who is himself recovering from COVID-19, tweeted: “There would be no Playtone without Adam Schlesinger, without his That Thing You Do! He was a One-der. Lost him to Covid-19. Terribly sad today.” Let’s remember him through his beautiful music: Here are videos of Schlesinger performing “That Thing You Do,” and “Hackensack,” our favorite Fountains of Wayne song.

Paradigm Lawsuit: Fired agent Debbee Klein’s lawsuit alleges breach of contract, seeks $2 million, and redefines the word “juicy.” It provides wincingly entertaining reading in these difficult times. Klein was among the agents who lost their jobs at Paradigm after the pandemic hit. Paradigm did not respond to requests for comment from THR, Deadline or TheWrap.

Sony’s $100 Million Global Relief Fund: Sony has set up a fund that the company says  will provide “assistance for those individuals engaged in frontline medical and first responder efforts to fight the virus, support for children and educators who must now work remotely, and support for members of the creative community in the entertainment industry.”

America’s Food Fund: Oprah Winfrey has committed $1 million to America’s Food Fund, an initiative launched by Leonardo DiCaprio, Laurene Powell Jobs, Apple and the Ford Foundation to keep people fed during the COVID-19 pandemic. The first programs to get donations from the fund will be José Andrés’ World Central Kitchen, and the hunger relief organization Feeding America. Winfrey says the $1 million is part of the $10 million she is making in donations overall to help people suffering during the pandemic. You can learn more about America’s Food Fund here, and watch Winfrey’s announcement here.

Joe Exotic Wants David Spade or Brad Pitt to Play Him: In a wide-ranging interview with The Hollywood Reporter, the directors of Tiger King, our other national obsession, say that Joseph Maldanado-Just-Call-Him-Joe-Exotic-Passage wants Spade or Pitt to portray him in a dramatized version of his insane life. Fun fact: Though Spade used to joke about attending elementary school with Brad Pitt, Rolling Stone says he did not.

Fiona Apple’s New Album Out April 17: We’re trying to mix good and bad news here, and this is very good news. But why is it in a movie news roundup? Bridesmaids and Pleasantville, mang. Also she’s the best singer-songwriter of her/my generation.  The new album is called Fetch the Bolt Cutters and it will be out digitally: