Most Anticipated 2021 Movies; Sweden Gets Weird; What Film Festivals Want 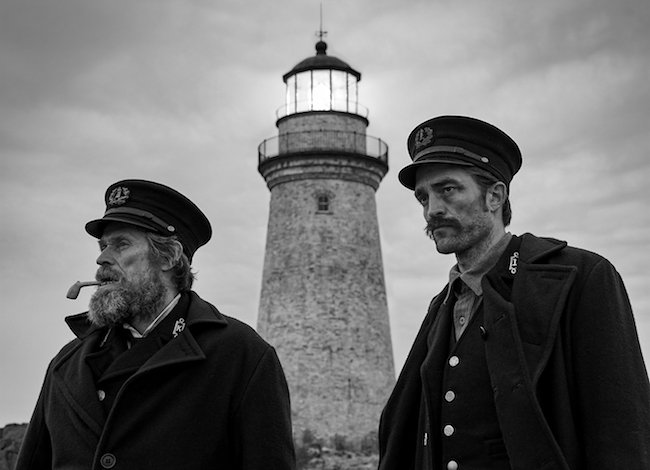 In today’s Movie News Rundown: Paul Thomas Anderson, Martin Scorsese and David O. Russell will all have new movies this year we hope; what happens in Vegas actually doesn’t stay in Vegas; and you can finally go watch movies completely alone in a cold Swedish lighthouse.

ICYMI: Here’s our list of what film festivals want from submitting filmmakers. We hope it will give you an edge and remind everyone not to say “Dear Sirs” in the cover letter.

Oh My Baby God: In the first MovieMaker podcast of the New Year, Eric Steuer talks with Hannah Olson about her documentary Baby God, about a Las Vegas fertility doctor who used his own sperm to inseminate his patients — and probably didn’t see anything wrong with that. You can listen on Apple or Spotify or right here:

Most Anticipated 2021 Movies: World of Reel has assembled this semi-speculative list of movies the site hopes will come out in 2021 and if even a handful of these movies happen this year, 2021 will be the best movie year since… 2019. (2020 was weird, but 2019 was great.)

Specifically: I especially hope World of Reel is correct about the 2021 release prospects of the new Paul Thomas Anderson movie, Martin Scorsese’s Killers of the Flower Moon, Andrew Dominik’s Blonde, a fictionalized Marilyn Monroe story starring Ana de Armas, based on the amazing book by Joyce Carol Oates. And I’d be over the killer moon to see the new David O. Russell movie with Christian Bale and Margot Robbie and the latest from Sean Baker.

Definitely Coming Out: One excellent films that is definitely coming soon is The Father, the debut by Florian Zeller with Anthony Hopkins in maaaaybe his best role ever (out Feb. 26). And Regina King’s very acclaimed directorial debut, One Night in Miami, arrives on Amazon Jan. 15. Also: Check out our cover story on Regina King in the new issue of MovieMaker Magazine, out soon.

More: Meanwhile Rotten Tomatoes has this list of the most anticipated 2021 movies that feels a lot like the list of films that were supposed to come out in 2020.

Sweden’s Gonna Sweden: I could not love this more. According to this terrific story in The Hollywood Reporter, The Göteborg Film Festival is offering one very-confident-in-their-mental-faculties person a chance to spend a week on a lighthouse island watching only the waves and the 60 films from the upcoming festival. Göteborg will also offer single-person screenings in a 700-seat theater and a 12,000-seat hockey stadium, to help us think about isolation and the communal nature of cinema and perfect Swedish stillness.

So the Part About the Chianti Was Just… Acting? Congratulations to Sir Anthony Hopkins, one of the best who ever did it. He marked 45 years of sobriety and his 83rd birthday last week.

With gratitude, I celebrate 45 years of sobriety. pic.twitter.com/fxzMRGlI4m

Wonder Woman Director Patty Jenkins Says DC Made Her Add CGI-Heavy Climax: ‘It Was Not Supposed to Be’
How the Goodfellas Tracking Shot at the Copacabana Got Comically Thwarted