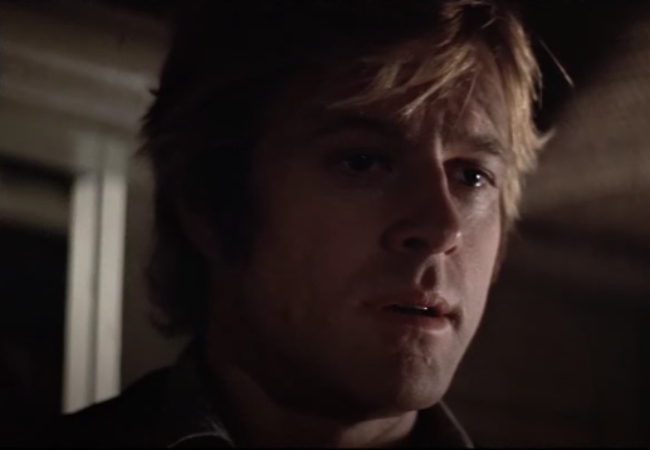 Robert Redford had a secret crush on this late, great movie star; Jared Leto’s Morbius release date gets pushed yet again; the Hollywood trades have some great lists of the most anticipated movies and TV shows of 2022. All in today’s Movie News Rundown.

But First: HBO Max has revised its Harry Potter reunion special after fans and cast members noticed some not-so-subtle errors — including a picture of actress Emma Roberts during a segment while Emma Watson, who played Hermione Granger in the wizard movie saga, was talking. The Los Angeles Times has the full story.

Thanks, Omicron: The theatrical release of Jared Leto’s Morbius film has been pushed back yet again thanks to Omicron, the COVID-19 variant that’s been ruining everybody’s holidays. The Sony and Marvel movie was originally supposed to open in October 2021, then was pushed to January 28, and now, Morbius is looking at an April 1 release, according to The Hollywood Reporter.

Signs From the Other Side: Whether or not you believe in messages from the spirit world, A Journal for Jordan screenwriter Virgil Williams doesn’t really care — but that scene with the red balloons in the movie? Yeah, that actually happened to Dana Canedy in real life. Read our full story for the eery scoop.

The Feeling Was Mutual: You may have heard that the late, great Betty White famously had a crush on Butch Cassidy and the Sundance Kid star Robert Redford. Now, Redford is sharing his own side of the story — “She made us all laugh, including me. I had a crush on her too!” he said in a statement to The Los Angeles Times following White’s death on New Years’ Eve, just shy of her 100th birthday.

That Reminds Me: Of this 2019 Ellen clip in which Keanu Reeves reveals that he had a crush on his Speed co-star Sandra Bullock, who also had a crush on him but didn’t say anything. It is truly one of the greatest travesties of our time that neither Bullock and Reeves nor White and Redford dated.

Listen: I know this is the Movie News Rundown, not the TV News Rundown. I know that. But Variety’s Danielle Turchiano has a very comprehensive list of The 40 Most Anticipated New TV Shows of 2022, and it’s true, I am anticipating them.

Especially: FX’s Fleishman Is in Trouble, which I am just now hearing about, but which I am now very excited for because I remember reading an excerpt from the book it’s based on a while ago, and IMO, Jesse Eisenberg is perfectly cast as Fleishman.

And Another Thing: I am also thrilled to see that Lizzy Caplan is the show, too, because — and I’m sure she is tired of hearing this — I loved her as Janis Ian in Mean Girls.

Fun Fact: Tina Fey named Caplan’s character after the real-life singer-songwriter Janis Ian, whose song “At Seventeen” is so, so good and perfectly describes the uncomfortableness of being in high school. Another fun fact: Janis Ian was the first-ever musical guest on Saturday Night Live.

Thanks for Humoring Me: Now back to our regularly scheduled programming. Deadline has a list of 30 movies that writer Andreas Wiseman predicts might make a splash at 2022 film festivals.

I’m Looking Forward: To seeing Harry Styles in My Policeman and Tom Hanks as Elvis’ manager in Elvis, which also stars The Lost Daughter director Maggie Gyllenhaal as Elvis’ mom, Gladys Presley. What movies are you most looking forward to this year? Let us know in the comments.

I’ll Leave You With This: Our conversation with Maggie Gyllenhaal about how she wants her directorial debut to feel “both disturbing and comforting.” Indeed, it is!

Yes, That Red Balloon Scene in A Journal for Jordan Really Happened
Jonah Hill Spent an ‘Entire Day’ Coming Up With Insults on Set of Don’t Look Up, Jennifer Lawrence Says