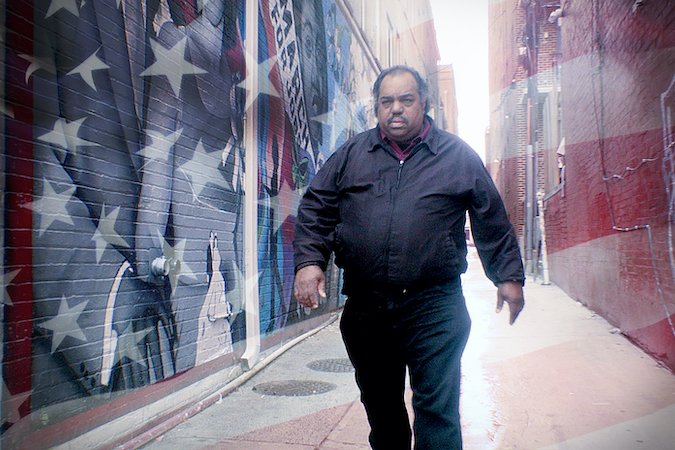 He doesn’t like the answers, but resists getting offended or interjecting, because he believes that typical reaction is a non-starter. “That’s what they expect,” he explains. “They’re used to that pushback, so their wall is already up.”

His proven strategy: Listen patiently to ridiculous racial prejudices and stereotypes, and once the racist person is finished speaking, politely counter the logical fallacies with the truth. He’s seen it time and time again. Once he grants people a platform to express themselves — in front of a black man, no less — their walls fall, and the stubborn white supremacists are willing to return the favor of listening.

“That is my opportunity to plant a seed over on their side of the wall,” he says. “And the next time I see them, I water that seed with more nutrients.” Although he’s frequently credited in the media for converting or reforming racists, Davis doesn’t see it that way. “I don’t like to say that I convert people … I am the impetus for over 200 white supremacist to leave that ideology, but they converted themselves. It’s always better when someone comes to their own conclusion.” 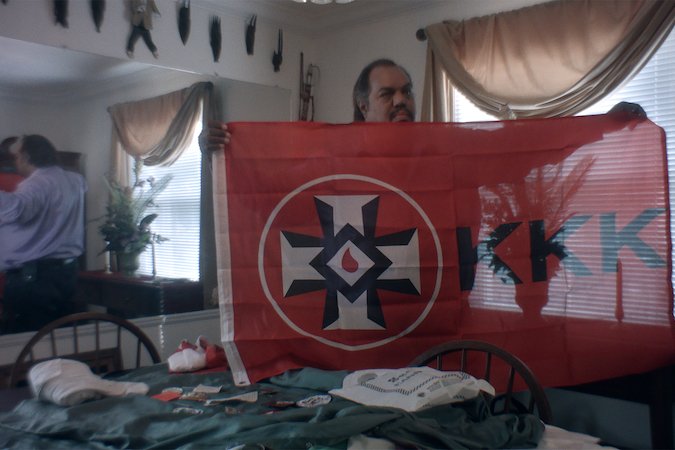 In his living room, Daryl Davis holds up a KKK flag from his personal collection of Klan memorabilia that former Klansmen have handed over to him. Photo by Sam Gezari.

Accidental Courtesy director Matthew Ornstein learned of Davis while reading a European publication overseas, and the filmmaker was immediately drawn to his unique process of fighting racial inequality.

“It’s the original sin of America that we’ve never fully copped to,” Ornstein tells MovieMaker. “We’re hundreds of years into this debate, and to see someone going about it in a new way, like, to see a move that I hadn’t seen before, I was just very struck. I wanted to know what motivated him to do this differently than everyone else was doing it.”

“In my mind, it was like, if we don’t get on this, someone else is going to immediately. This is such a great story,” says the white, Jewish, California native. “And I think the tragedy of that is, that is still not necessarily true. I don’t know if anyone else was beating down the door to get it.”

Perhaps not documentary filmmakers. But news media and talk shows have long been fascinated by Davis. His radical approach — extending compassion, love, understanding and friendship to those that would gleefully persecute him — caught the attention of CNN and Geraldo Rivera’s daytime talk show in the ’90s. He has since appeared on New Day, NPR, Real Time with Bill Maher, and The Joe Rogan Experience, and has given an acclaimed TED Talk, with 7.2 million YouTube views to date.