Mank: Here Are Images From the Citizen Kane Story by David Fincher 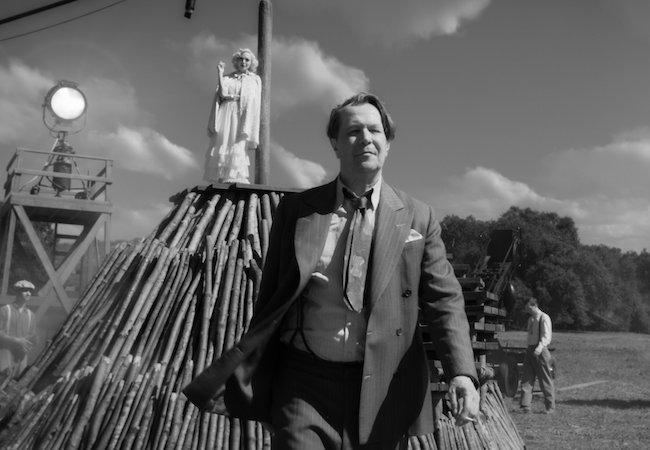 Mank is a project close to David Fincher’s heart — his late father, Jack Fincher, wrote the script years ago, about the screenwriter of Orson Welles’ Citizen Kane, Herman Mankiewicz. Mank tells the story of how the film often considered the greatest of all time evolved from a fat script called American.

Fincher, whose recent TV credits include Mindhunter, Love, Death & Robots and House of Cards, hasn’t made a film since 2015’s Gone Girl, so his return to filmmaking — especially with a film about filmmaking — is one of the biggest cinematic stories of this very strange year. Though no date has been set, Mank, which stars Oscar winner Gary Oldman as Mankiewicz.

The film is expected to detail his complex dynamic with the domineering Welles (Tom Burke) and their clash over credit for Citizen Kane. Amanda Seyfriend plays Marion Davis, longtime paramour of William Randolph Hearst, the inspiration for Charles Foster Kane. Lily Collins plays Rita Alexander, who, according to Frank Brady’s book Citizen Welles, was Mankiewicz’s secretary.

Fincher’s longtime collaborators Trent Reznor and Atticus Ross will provide the score, and it should be interesting to see how they’re cold, atmospheric sensibility merges with the late 1930s-early 1940s era that provides the setting for Mank.

This also marks Oldman’s return to that era following his Oscar win for playing Winston Churchill in The Darkest Hour.

Here are the photos. 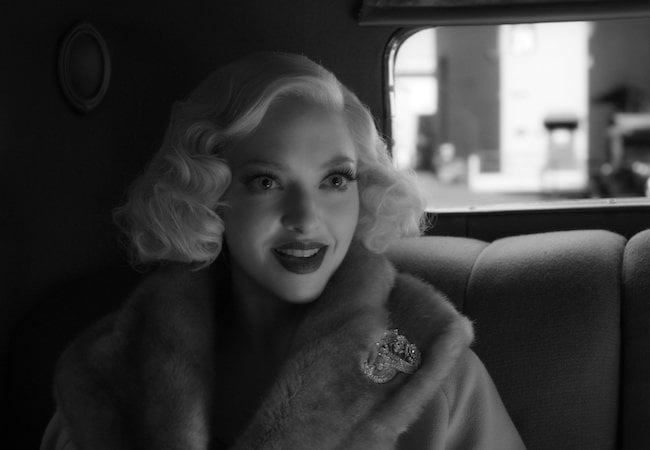 Amanda Seyfriend as Marion Davis in Mank. Davies was the paramour of William Randolph Hearst, who inspired Charles Foster Kane in Citizen Kane. All photos courtesy of Netflix.

Don’t turn your phone or laptop upside-down: It says American, and it becomes Citizen Kane.

Gary Oldman as the titlular character in Mank. 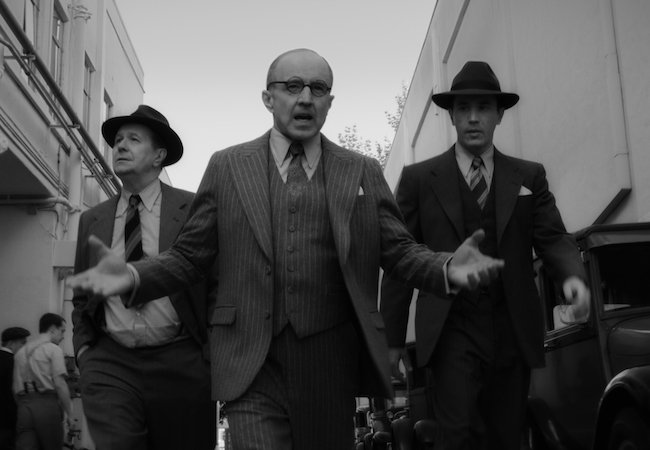 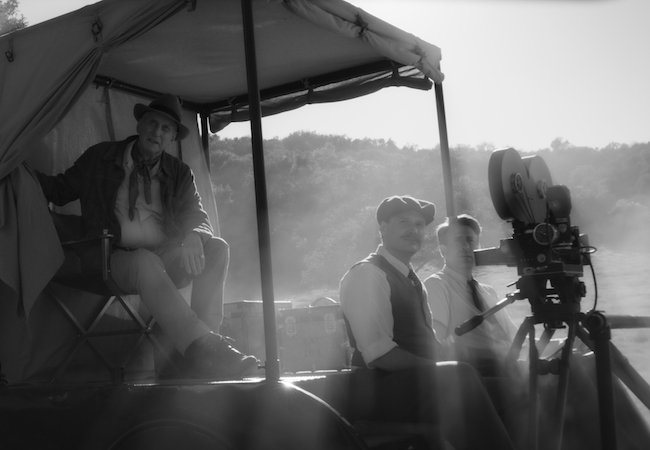 Mank is directed by David Fincher.