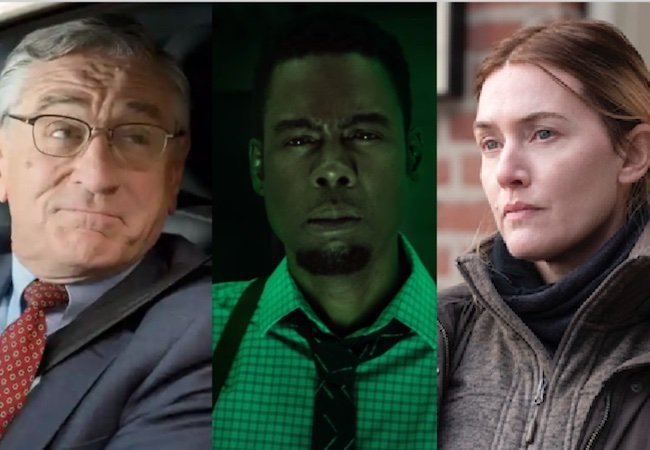 Shooting a horror film in silence, Robert De Niro is recovering from a leg injury, and will Mare of Easttown let us down? Plus: What to watch this weekend, on streaming and… in theaters.

But First: Hope you didn’t miss this terrific talk between Barry Jenkins and cinematographer James Laxton about The Underground Railroad, which debuts on Amazon Prime today.

Get Well Soon, Bobby D: Robert DeNiro, maybe the best actor ever, injured his leg off-set during production on Martin Scorsese’s Killers of the Flower Moon, Variety reports. It’s unclear how serious the injury is.

And Now: Let’s address some questions you may have.

Should I Invest My Time in Mare of Easttown?: It’s a story as old as prestige television. You get hooked on a captivating, beautifully shot, exquisitely acted series about a small-town murder… and then the killer turns out to be the pizza delivery guy who popped up in the third episode. We asked Mare of Easttown director Craig Zobel if the show is going to let us down, and he doesn’t think so — he calls the upcoming conclusion “satisfying and surprising.” He also talks about his past films Compliance and The Hunt, which made lots of people mad. Listen if you like:

What Else Is There to Watch This Weekend? You have a lot of options, especially if you love horror and drama. In addition to Mare on HBO and the much-anticipated Underground Railroad on Amazon, the new films The Djinn, The Killing of Two Lovers and Spiral: From the Book of Saw are all in theaters.

Theaters? Should I Go Back? It’s up to you. I’m going back. If you’re hesitant, here’s a Hollywood Reporter piece about how Hollywood is trying to persuade you to return.

Please Tell Me More About The Djinn: Sure. The film, which has an 86% on that one site, is about a mute boy who turns to a book of spells in hopes of gaining a voice. But a sinister creature comes for his soul. Directors Justin Powell and David Charbonier wrote this marvelously piece for us about shooting the film very quickly in an apartment unit, keeping quiet so neighbors wouldn’t narc on them.

And The Killing of Two Lovers? The film about a Utah couple’s painful separation is directed by Robert Machoian, who spoke with MovieMaker managing editor Caleb Hammond about using long takes, shooting in a pickup truck, and casting his own kids.

Very Well, Thank You. Now Tell Me About This Spiral: Take it away, Spiral director Darren Lynn Bousman. That resolves the Q&A portion of whatever it is we’re doing here.

A Favor: If you enjoy this newsletter, can you ask people you like to subscribe to it here? It takes 10 seconds. We’ll also be doing a cool giveaway we aren’t allowed to talk about yet.

Please: No. Okay. It involves an archaeologist who wears a hat.

I Think I Know What It Is: Please don’t tell anyone! But do tell them to sign up. Please.

Here Is a Trailer for a Movie That Looks Bad But Is Good: I know, I know. But I saw this on a plane and Nancy Meyers nailed it on every level.

Main image, above: Robert De Niro in The Intern; Chris Rock in Spiral; Kate Winslet in Mare of Easttown.