Let Us Help Make Your Movie; Doctor Strange Casting Regrets; Anyone Else Optimistic? 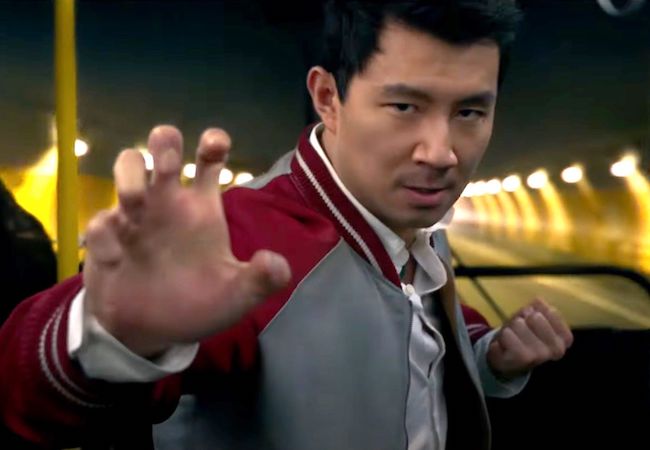 We’d like to help you make your movie; Marvel regrets a Doctor Strange casting and aims higher for Shang-Chi; John Krasinski cancels some big corporate plans as we await A Quiet Place II. Also: How are you feeling about things? All in today’s Movie News Rundown.

But First: Margeaux Sippell’s delightful fact checks of Halston have finally pulled me into the Netflix series I had reservations about, and I find that it quite capably joins the pantheon of beautiful-looking Ryan Murphy shows set in fascinating eras that you can amusedly watch while doing something else (stationary bicycle, laundry-folding, fashion line).

Anyone Else Optimistic? The weather’s beautiful, vaccinations are in abundant supply, real movies are coming back to theaters, and we’re finally able to break out from our extremely regimented lives of the last year. Even as a person who always waits for the other shoe to drop, I feel pretty good about the state of things. What about you? Tell us in the comments.

Let Us Help Make Your Movie: It’s time to get out and shoot that script. If you’re working with at least a $10,000 budget, MovieMaker Production Services can double it and get your movie finished, wherever you are in production. We’ve extended our deadline for the latest round of applications until May 28, and you can apply at FilmFreeway and learn more here.

If There’s Something Else We Can Do To Help: Let us know, again, in the comments. Also, you may have noticed that you can’t see other people’s comments lately. We’re in the middle of a site migration that will fix that. But rest assured that we read everything you write, especially about William Makepeace Thackery.

A Quiet Place 2: The New York Times spoke to John Krasinski, whose A Quiet Place II will be the first major film released exclusively back into theaters, a week from today. “I have no idea what’s going to happen with the box office,” he said. “What’s most important to me is that if you want to see this movie, I’m going to show it to you.”

Also: Remember how in the early days of the pandemic, his online talk show Some Good News felt like a godsend of positivity in a dark time, and then he sold it to ViacomCBS, which kind of killed the whole charming homespun vibe? Krasinski now says plans for a big corporate adaptation have been dropped. “ViacomCBS and I were trying to figure out a way to make it into an actual weekly news show,” he told the Times, “but in the end we both agreed not to move forward and keep it in its original format.” See, we’ve been saying Pam should get with Jim from the beginning.

The Ancient One: Marvel chief Kevin Feige now regrets casting Tilda Swinton in Doctor Strange as The Ancient One, a character who is an Asian man in the comics. Fans accused the company of whitewashing when Swinton was cast back in 2016. “We thought we were being so smart and so cutting-edge,” Feige told Men’s Health. “We’re not going to do the cliché of the wizened, old, wise Asian man. But it was a wake-up call to say, ‘Well, wait a minute, is there any other way to figure it out? Is there any other way to both not fall into the cliché and cast an Asian actor?’ And the answer to that, of course, is yes.”

Simu Liu: Feige says all this in a profile on Simu Liu, star of the upcoming Shang-Chi and the Legend of the Ten Rings. Liu notes that he “was almost disappointed” when Marvel chose Shang-Chi as its first Asian superhero, because the character was created in the 1970s as what Men’s Health describes as “a Bruce Lee clone.” The goal of the Shang-Chi film, of course, is to break away from the stock characters and make Shang-Chi wholly original.

Speaking of Bruce Lee Clones: Dan Delgado recently did an excellent episode of The Industry podcast about the 1970s Bruceploitation genre. The comic-book version of Shang-Chi was far from the only Bruce Lee imitator.

“He Wears the Finest Clothes/The Best Designers Heaven Knows”: People will debate the best movie soundtrack ever, but for me it’s Whit Stillman’s Last Days of Disco, which includes this Sister Sledge gem that namechecks Halston. (Also, have you seen Last Days of Disco? So smart, so funny, so good-hearted. Magnificent.)

Main image: Simu Liu in Shang-Chi and the Legend of the Ten Rings.