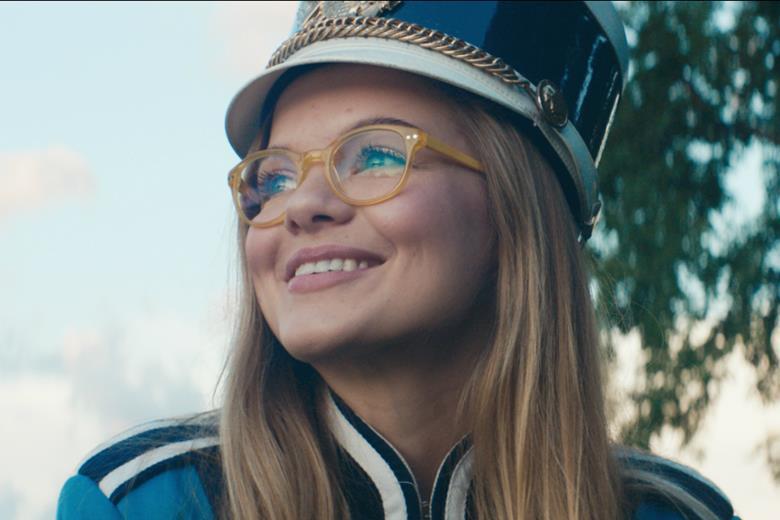 Raven Whitley remembers her first thought as she read the script for Knives and Skin: “This seems uncomfortable.” In the opening moments of the debut feature from director Jennifer Reeder, Whitley’s character, Carolyn Harper, is accosted by a jock character and murdered.

“I remember moments like that so clearly from my own adolescence—being put in a very uncomfortable situation with some guy who’s super lame,” Whitley said.

But she added that when she made it though her audition and got a callback to meet with Reeder, she formed another opinion: “I realized that this movie is feminist as f—. Carolyn is an icon.”

Whitley and Reeder spoke about Knives and Skin at a Friday night screening for AFI Fest, the film’s last festival stop before it hits theaters in December. It premiered in Berlin earlier this year.

Knives and Skin might appear on the surface to be an ’80s influenced, New Wave soundtracked horror flick. But the fact that the New Wave soundtrack is performed by a high school’s girl’s choir is just one of many twists on a familiar genre.

Reeder said she very deliberately tried to make her Knives and Skin characters “emblematic” and exist as “icons,” and to make sure they were never “caricatures.”

Also read: Anne at 13,000 Ft. Director Kaz Radwanski Filmed in Her Mom’s Daycare To Save Money

“I wanted this to be a feminist film where at the center of the film is a dead girl,” Reeder said. “But I wanted her to be an active willful character. She moves around. Everyone in this room has lost someone close to them. Everyone in this room has considered death. When we are gone, things remain, and I like to think that the things that remain have an aura and have special emotional meaning: Carolyn’s glowing glasses, the glowing wound in [the jock’s] head that never heals, even on the morgue table, Carolyn’s blood glows.”

Reeder continued: “I’m not so much a spiritual person, but I want to believe that our memories have aura. And the things that we cherish from people that we have lost have aura, and not in a goofy way but in a way that we don’t even see. They glow without us even knowing it.”