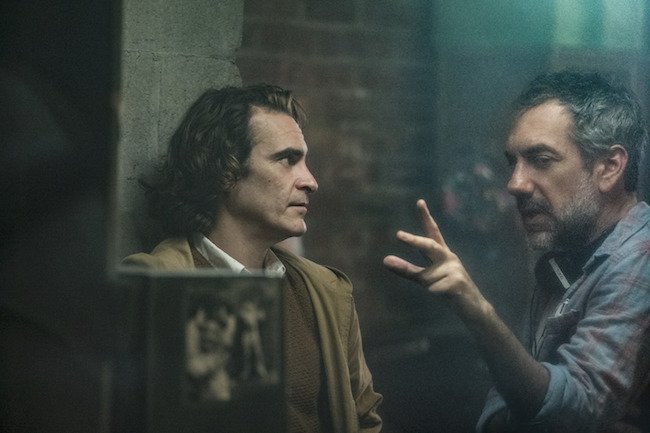 (Editor’s Note: In the feature below, Joker production designer Mark Friedberg goes over his process of transforming New York City in Gotham.)

I passed on even reading Joker a few times before I finally sat down with the script. It wasn’t that I had better offers, but rather that I had already done one superhero movie, The Amazing Spider-Man 2, and had decided that the genre was not for me.

Usually I try to work on the kinds of films that I would go see myself. I don’t mind fantasy, but I prefer a version of the world more rooted in gravitational realities.

Still, the script for Joker kept calling out to me from my desk. Every day there was a new reason to consider it. I had once had a great experience working with producer Emma Tillinger Koskoff, who called me about the project, and my good friend, music supervisor Randall Poster, encouraged me to read it. It was being made by Todd Phillips and would be starring Joaquin Phoenix, so if he was interested, something must be going on there.

Finally, it was going to be shot in New York City—which is not only where
I live, but the city I’ve spent my life learning from. I cracked the script open and after one page, I was hooked. So, I spent the next year living in Gotham City.

Joker is set in 1981. Nothing in the story refers to any particular history, but it was clearly set in a decaying major city with high crime, crumbling poorer neighborhoods, and trash piled high. I was born in New York City in the early 1960s, so the setting of this story was one I know—essentially, it was the place and time during which I became me.

I’ve made three movies recently that are set in the decaying NYC of the 1970s. It seems to be in the air: Todd Haynes’ Wonderstruck and Barry Jenkins’ If Beale Street Could Talk were both stories in which that NYC period is a main character of the story. But neither of those stories really explored the creative possibilities offered by the darkness, the extreme decay, and the visual dissonance of that time in the way that Joker did. I think we’re culturally curious about the ’70s because it feels now like we may be re-entering a similar era of cultural nihilism, and many of the themes of Joker seem to be what is felt on the streets today—a fraying of the social contract, things falling apart. This comic story wasn’t polemic, but it definitely had a point of view.

When I first met with Todd I pitched an unforgiving view of this version of Gotham: gritty, hard… the version of NYC that Travis Bickle and Rupert Pupkin prowled.

Also read: 13 Joker Easter Eggs and Inspirations: The King of Comedy is Just the Start

I didn’t think we should particularly stylize the world. It should look, I thought, like our crew tumbled out of a van and just started shooting. Todd’s vision was already aligned with mine; he had no interest in tempering anything I pitched. We were going for it—“the big swing,” as Todd would say.

Putting down roots of evil

I used to teach a class called “My Best Design Tool is My Car.” That’s where I started all my movies and where I started to envision their worlds. So, in keeping with the focus of that class, my first order of business was to survey the city—to see where we would set our roots and start defining Gotham City. Todd had us do a lot of prep, and all that time allowed Todd, our producers and scouts, DP Larry Sher, and me to explore many versions of the world we would create.

Gotham has always been a version of NYC, but it hasn’t actually been NYC. In fact, NYC has existed as another city in the DC canon, alongside Gotham. In some versions of DC lore, Gotham is a city on the Jersey Coast, near Atlantic City. So even though we weren’t making NYC, in our minds, we were. Gotham had to be the essence of early-’80s New York but also wholly its own entity.

On the first page of the script, Todd and co-writer Scott Silver tell us that this gritty world is real. It’s a place that’s down—it smells, and the people in it are really harsh. So, the stakes for main character Arthur Fleck (Joaquin Phoenix), as they are for us, are real. Arthur lives in the same dehumanizing place as so many others, yet for some reason what affects most people affects Arthur more. Gotham oppresses Arthur as much as anything in the film, so defining this version of Gotham is what roots the story. This version of Gotham is also a version of Joker himself. 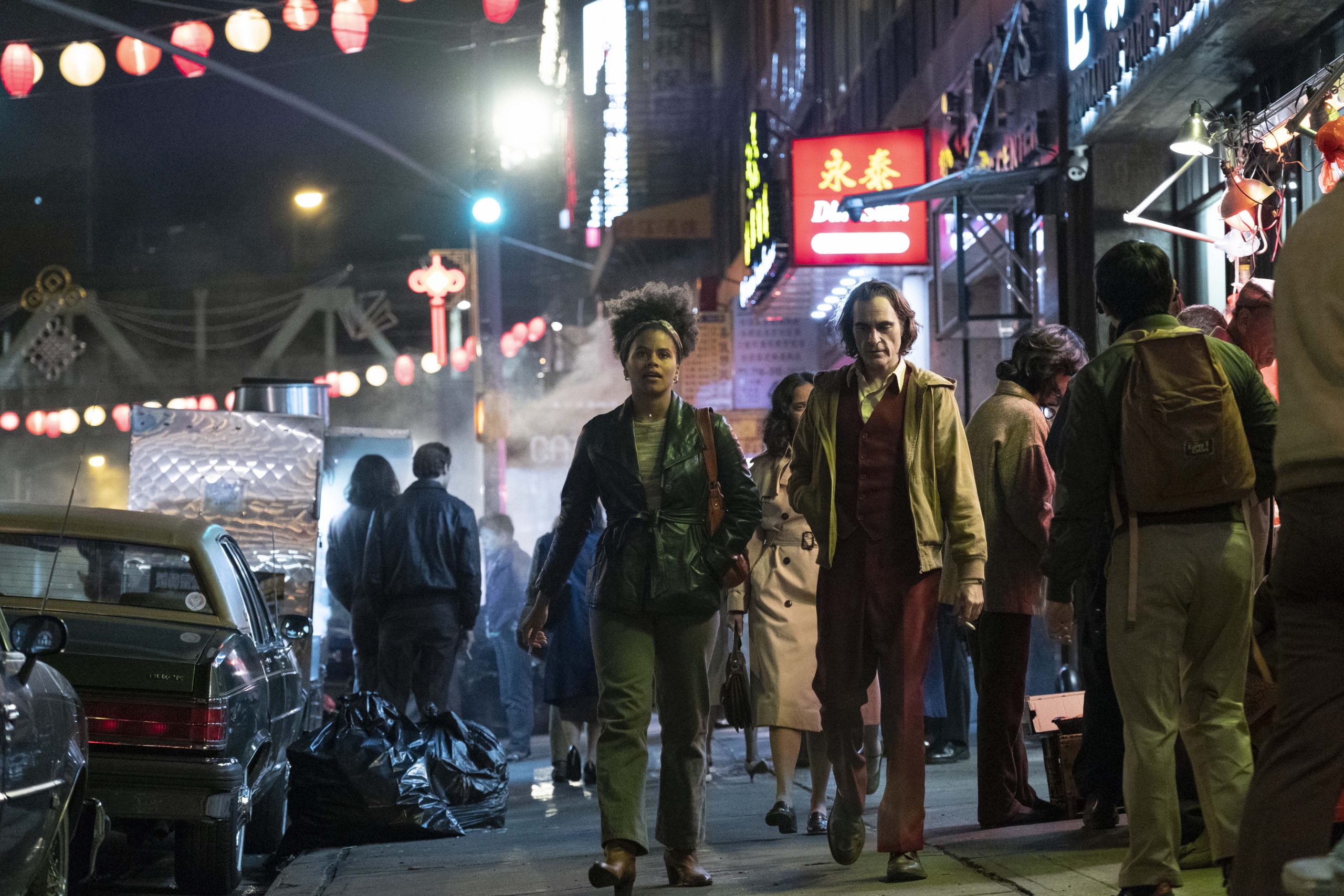 Joker production designer Mark Friedberg recognized the Gotham described in the Joker script as the New York City of his youth.

When you’re developing a film with many geographical areas, each realm has to look and feel distinct. We decided to map a new version of Gotham over current New York, based on the places Arthur passes through on his journey. Ironically, while wealth is concentrated and poverty on the rise, our declining present-day NYC society lacks the physical decay that was everywhere in the ’70s, so we had to look hard to find it. The story starts in Gotham Square, a Times Square-like area in the center of the city. Arthur journeys through various versions of mass transit, subways, elevated trains, and buses. He goes to the wealthy financial areas, seedy Coney Island areas, and then home to his own neighborhood.

We looked carefully in Brownsville and East New York, but eventually decided to center Arthur’s neighborhood in the South Bronx. The South Bronx has come a long way since the ’70s and thankfully is still a very textured, multi-ethnic world. It’s also, topographically, a kind of maze—very hilly with strange inter-building stairways and back alleys that offered unique possibilities for Arthur’s treks home. We toyed with the idea of setting him in the projects, but that felt too easy. We also liked the possibility that when his mother moved into their tenement apartment, it might have been nicer than it is when we meet them. Ultimately, we settled on an old, Deco, six-story, court-yarded building not too far from Yankee Stadium, and that became the epicenter of Arthur’s world.

Location choices should reflect character development. The elevated subways we feature in Joker are very “New York” to those who live in outer boroughs, and they also made Gotham feel more period in a way. But most importantly, they provided a setting in which something is always hanging over Arthur’s head, bearing down on him.

The best locations are characters in and of themselves. To that end, it’s useful to chart your film’s setting during the development phase. In Joker, Gotham’s sky is filled with creaking, dilapidated trains, and Arthur is a mere speck of dust in a labyrinth of urban transit arteries. The above-ground subways also dip underground in certain places, and Todd and I were interested in exploring that metaphorically. So, we decided to physically map out the railway that moves Arthur from place to place—the Gotham Transit System—in order to send that idea home to our crew and, in turn, our audience. 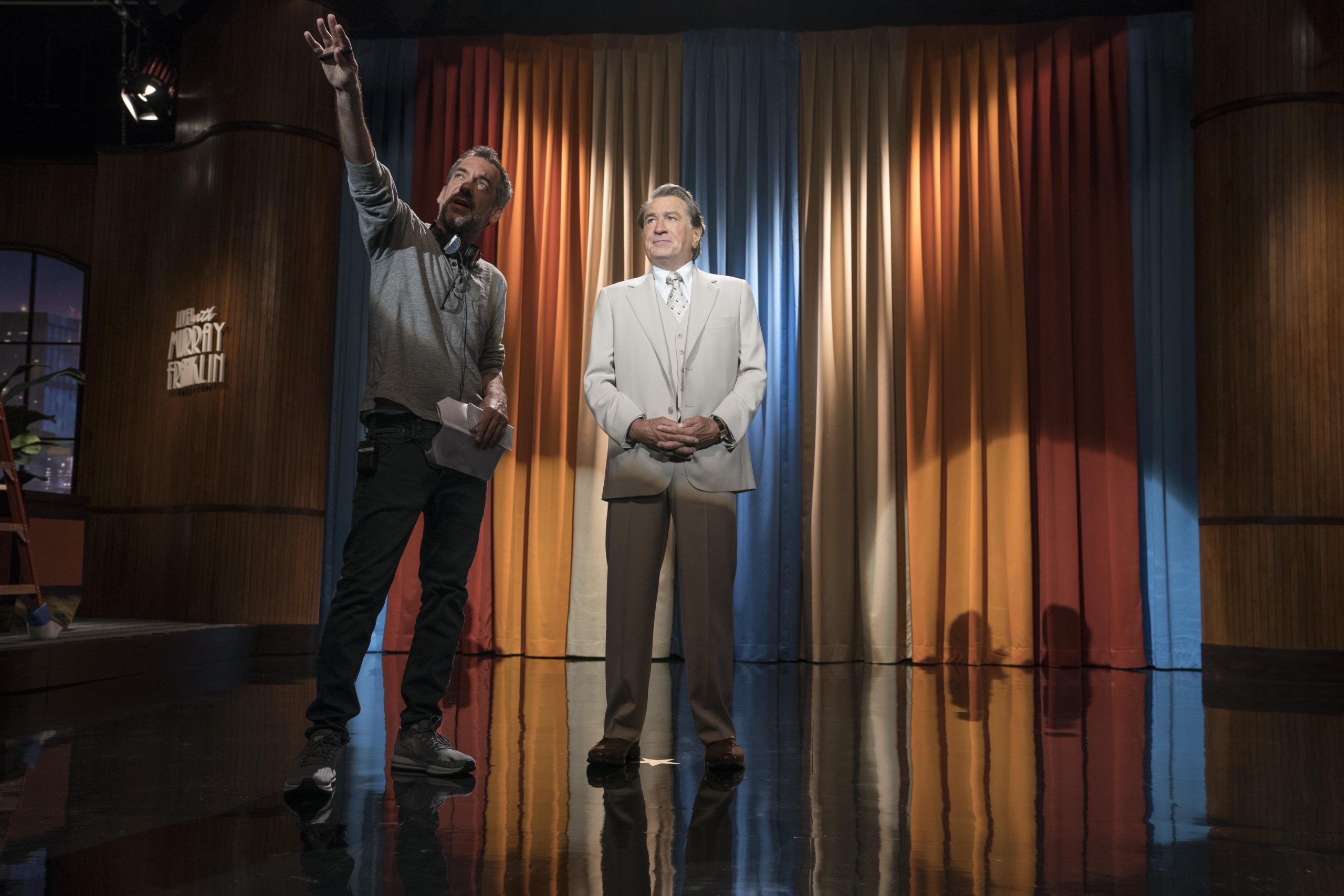 In fact, we ended up mapping the entirety of Gotham, by area and by street. Some of your street names will only serve as references for you and your crew, but some— such as the banners on buses or posted transit maps in Joker — may make it into your finished film. By assigning neighborhoods, both real and storied, to each place your character goes, you can figure out how all these pieces fit together on a detailed story map, and how that both defines and explains his or her journey.

Regardless of your film’s budget, finding the right tone for each of your settings will always be a struggle.

When it came to Arthur’s apartment (which is actually his mother’s), for instance, we wanted it to seem like it was once viable as a home. Arthur lived way uptown—in our world in the Bronx, but in Joker, a borough we named Otisburg. On stage, we built the interior building with its ridiculously long narrow hallway, dilapidated elevator, and the apartment itself, and matched this to the exterior architecture of the building in the Bronx.

Gotham Square was set on Market and Broad Street in Newark. Newark is undergoing a revival, but this intersection is the closest place to 1980 Times Square that I know. The buildings there are literally falling apart, there’s an old decayed theater… it looks like it was once a beautiful urban square that’s turned grim.

We joined forces with local street artist and educator Malcom Rolling, who has been working on the streets of Newark for some time. Malcom’s work is beautiful, educational, and emotional: a perfect fit which gave our old Gotham contemporary relevance.

Ha-Ha’s Talent Booking, a comedy talent agency where Arthur auditions, was originally on the boardwalk at Coney Island. In one comic book version of Joker, he buys Amusement Mile Park and holes up there, planning his ill deeds. We were not that interested in the Joker of the comics, but we did want to acknowledge the existing culture of Joker, so we tried as much as we could to link our version of Gotham to the comics version. We ended up setting Ha-Ha’s under the elevated West Side Highway on 136th Street and painting giant Amusement Mile murals on the sides of the buildings there.

Wayne Industries is a glorious, regal counterpoint to proletariat Gotham. We set that at the Seagram Building, the classic Park Avenue skyscraper designed by Mies Van Der Roh. From that lobby you can still see a great deal of Park Avenue, a place where Arthur is very out of place. We toyed with the idea of making Lincoln Center Wayne Hall, but thought it to be too NYC iconic, and ended up creating our own Wayne Hall at a courthouse in Jersey City. We also shot the movie theater where the Waynes are cut down in Jersey City. In the case of the latter, we extensively restored an old Loews Playhouse.

Also read: How to Get Your Film Into Festivals: MovieMaker’s Anonymous Screener Survey

Since subways were a main character in Joker, we worked with the city to shoot them in Brooklyn, Manhattan, and the Bronx. We had to dance around their regulations regarding graffiti and garbage, and also ended up shooting a lot of subway interiors on stage with a giant VER system seen out the windows as a kinetic backing.

We built the glamorous Wayne Hall bathroom on stage, because there isn’t one as nice in all of NY. We also constructed the set for the “Live with Murray Franklin” talk show, hosted by Murray Franklin (Robert De Niro), on stage, building a version of an old sound stage into our brand-new Steiner Studio sound stage. In our story stage there were dressing rooms, a prop shop, scene shop, wardrobe, functional control room, back halls, front halls, an audience with an entrance off the street, and the studio set itself. We tried out many various stage designs before we ended up with one that captured the spirit of classic late-night talk show sets.

Willem Dafoe on Acting: ‘The Challenges Are the Blessings’
Locarno in Los Angeles: Ham on Rye Director Tyler Taormina Organized a Middle-School Clothing Drive for Wardrobe