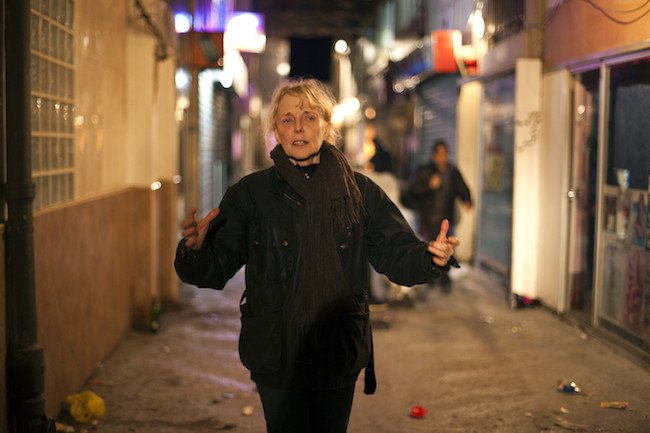 On the surface, many entries in Claire Denis’ filmography appear relatively easy to synopsize (her latest High Life follows a group of death row inmates condemned to travel through space in the name of scientific discovery) but that fails to even scratch the surface of what her enigmatic films contain.

A subtly political filmmaker, even when exploring such explosive topics as French Colonialism in Africa, Denis’ work remains singularly focused on her characters and their intimate interactions with one another. While some may see a distinct two halves of Denis’ oeuvre: on one side, bloody more disturbing efforts like Bastards and Trouble Every Day, and on the other, warmer works like Friday Night, 35 Shots of Rum, and her recent Let the Sunshine In, but this aforementioned through-line of the failings of human interaction (particularly in regards to sex) are forever present. High Life, the Robert Pattinson, Juliette Binoche-starring coldly-erotic space epic, illustrates this perfect marriage of Denis’ interests.

MovieMaker sat down with Denis at the Sunset Marquis in Los Angeles, to chat about bringing an astrophysicist onto the High Life set, the newly-captured black hole photographs, and California’s recent grappling with the death penalty.

Caleb Hammond, MovieMaker Magazine (MM): What was the genesis of High Life? I read about you talking about the death penalty and this idea of prisoners being put to work.

Claire Denis (CD): I didn’t start with the death penalty. Actually, I started with this man alone, out of the solar system, on a mission going very far, knowing that there was no return on earth. As I was figuring this out, I thought that, in fact, he was not alone. There had been an experience. A baby was born, his own daughter. And therefore, it changed the complete future of the mission. It became an everyday life almost, this space mission. That was what I wanted to do, and the death penalty is something I thought of afterward. I read in a newspaper in Austin, or somewhere, people were complaining about the cost of having this big jail with death row inmates. “Maybe we should use the people on death row for something useful to the community instead of being there costing money.” It was so strange and real also. People on death row might even prefer that.

But, on the other hand, I thought, then maybe in this idea of traveling to galaxies, it should deal with black holes. And in black holes, there is this variable energy. Maybe the prisoners are like lab rats, sent into space to be useful to the world.

MM: The timing couldn’t be more perfect for this film’s release. I’m sure that you saw that they captured the first image of a black hole recently.

CD: Of course, I was amazed. And it was like ours in the film!

MM: For one of the first times, the image of what we imagined matches up with the real thing. You have a collaborator, Jean-Pol Fargeau. How does that process work with you two?

CD: The process was simple because we are used to working together, but we realized that we needed to work with an astrophysicist. We couldn’t go on our own. We knew what we wanted to do, but we had to meet Aurélien Barrau. Initially we thought he would just give us some advice. But in fact, he taught us so many things about space, gravity, speed and time, and black holes—I’m amazed. I thought I would never be able to understand. And yet, even things as impossible to understand as the world and time and space, suddenly you feel you’re traveling. It was immense. And it changed a lot of things for me. The film became a spiritual adventure in a way. When you work with an astrophysicist, you realize that for those people, our life on earth is a little thing. So you experience a very different approach of your own time.

MM: Was that something you guys figured out early on, that you needed to bring on an astrophysicist?

Boyse (Mia Goth, L) and the other inmates are subject to fertility experiments at the hands of Dr. Dibs (Juliette Binoche).

MM: I interviewed your DP, Yorick Le Saux and he spoke about your decision to shoot the earth scenes in 16mm and then the closing scene in 35 mm.

CD: At the end, with the last black hole with its orange glow, I’m transforming the color of their skin, and I wanted the chemical reaction of real film. With digital you don’t get those things.

MM: Does the warm look the film stock creates tie this potential hope and death together, that the black hole represents at the end?

CD: It’s not hope and death. If it’s big enough so you’re not squashed in immediately, you can survive. And if you could reach that point of singularity, as they call it, which is a great name, it would be a moment where it’s not life vs. death or death vs. hope—it’s a sort of eternity. If I’m told by an astrophysicist, “You know Claire, it’s very simple. It’s where time and space are virtually zero, they don’t exist anymore.” Me, I don’t understand. For me, the closest thing is eternity. If it exists, then it’s probably that.

MM: Because it goes in both directions forever?

MM: We live in an era where a lot of films are being made that are a direct response to things going on politically. What are your thoughts on political filmmaking versus personal filmmaking?

CD: There was a time when I was a child when people had strong beliefs in communism, socialism, or liberalism. But, I think these beliefs are weakened by the worldwide economy. And I think those beliefs don’t feed us enough hope.

CD: There was a time where to believe in a communist or socialist would help you to believe in a better future. These things do not exist anymore, except for being richer and richer or wealthier and wealthier. The power of the economy is so strong.

High Life probably looks more or less like me. I would not imagine those people fighting for political ideas. Already, they are coming from death row, so they have been out of the normal society. They have a different point of view. They did what they felt was right for them, just to have a little more hope.

The Death Penalty is a big question—it’s very vast. I learned, being here in the states, that now people in California want to impose the death penalty for the rapist and murderer, The Golden State Killer, who’s in jail now. Of course, he’s a monster, but the death penalty is something that I couldn’t understand—a victim or the parent of a victim wanting to kill someone. MM