Inside Knives Out; Falcon and the Winter Soldier Trailer; Allen v. Farrow Redux 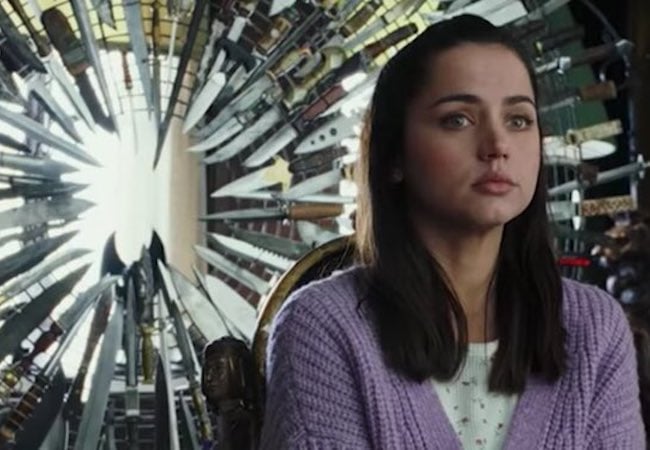 In today’s Movie News: A visual breakdown of Knives Out, starring the late, great Christopher Plummer; a fun new trailer for The Falcon and the Winter Soldier; Donald Trump is feuding with actors instead of foreign leaders, which is a huge improvement; and more Woody Allen v. Mia Farrow for people who missed the ’90s.

But First: Here’s what I think is maybe happening on WandaVision.

How Knives Out Visually Tells a Story: Micah Khan has this excellent explainer on how Rian Johnson’s uses camera movements — and pointy knives! — to unravel its many mysteries. I appreciate the movie even more after watching this:

R.I.P. Christopher Plummer… who happened to play the pivotal character in Knives Out. Here’s a wonderful obituary by Mark Kennedy of The Associated Press, who notes that the dashing actor was the oldest ever to win an Academy Award. Plummer, who rose to stardom in The Sound of Music, died Friday at the age of 91. He won his Oscar for Beginners at the age of 82, playing a man who comes out as gay after the death of his wife of 44 years.

Allen v. Farrow: A new HBO documentary will recount the relationship and extremely contentious breakup of Woody Allen and Mia Farrow, in which Farrow accused Allen of molesting their young daughter, Dylan. Allen was never criminally charged, despite law enforcement investigations. A few signs that the doc may be more sympathetic to Farrow: Allen is not interviewed, but Mia, Dylan and Ronan Farrow are. The four-part doc, which will premiere Feb. 21, comes from the moviemakers behind the HBO Max documentary On the Record, about the sexual assault allegations against Russell Simmons.

Background: Here’s some history on Farrow and Woody Allen.

“You’re Fired”/”I Quit”/”You’re Banned From Re-Applying”: Home Alone 2 actor Donald Trump responded to SAG-AFTRA’s threat to kick him out by sending a petty resignation letter. Rather than give him the last word, the union voted Saturday to ban him from ever rejoining. Deadline has details for all you masochists out there.

Falcon and the Winter Soldier Trailer: This looks fun and less complicated than WandaVision.

The Art of Cherry; One PA’s Story; Armie Hammer ‘Is Not a Cannibal’
Gary Oldman Q&A; John Carpenter Is Wrong; Mike Nichols Was Not a Creep