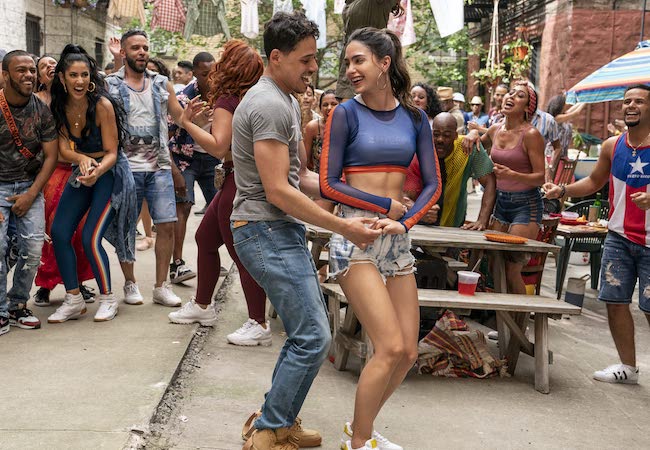 In the Heights dazzles at Tribeca; theaters plead for the government to release billions in bailout money; Karen Allen answers a dicey question about Indiana Jones and Marion Ravenwood’s relationship before Raiders of the Lost Ark. All in today’s Movie News Rundown.

MacGruber: Sam Elliott, Laurence Fishburne and Mickey Rourke have joined Will Forte, Kristen Wiig and Ryan Phillippe in the cast of the new Peacock limited series that is going to make me finally sign up for Peacock, Variety reports. 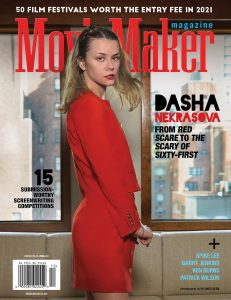 Congratulations: Dasha Nekrasova, who is on the latest cover of MovieMaker Magazine, won best first feature at the Berlin International Film Festival for her Jeffrey Epstein-inspired horror film The Scary of Sixty-First. The award includes a a prize of €50,000. Here’s our cover story on Nekrasova.

In the Heights Praise: Deadline says “emotion vibrated through New York’s United Palace theater” for the Tribeca Festival world premiere of In the Heights, based on Lin-Manuel Miranda’s musical.  The film screened in the Washington Heights neighborhood where the film is set, and “applause broke out a dozen times,” Deadline writes. The socially distanced screening was maskless for the fully vaccinated. “Before Covid,” festival co-founder Robert De Niro said, “the simple act of going out to a movie theater was something that you would take for granted. Now, we remember that it’s a special event.” IndieWire‘s David Ehrlich adds that the film is “so magical and euphoric that it would leave you feeling like the movies were back even if they hadn’t gone anywhere.”

The State of Festivals: IndieWire also offers this lengthy piece on how festivals will evolve as they return in-person. Films can again “aim to capitalize on the interplay of public crowds and media hype to raise awareness,” but can now incorporate in the virtual screenings that became the norm during COVID-19 lockdowns.

Jon M. Chu: The Atlantic has this thoughtfully composed profile of the In the Heights director, which opines: “Though Chu is a film director, it may be more appropriate to think of the 41-year-old as a magician whose favorite trick is injecting wonder into stories, even those grounded in reality.”

Theaters Plea for Money: Back in December, Congress passed and the then-president signed into law a package that included $16.1 billion for movie theaters, live venues and other cultural organizations shuttered by COVID-19. Six months later, an alliance that includes the National Association of Theatre Owners says the Small Business Administration needs to get it together and pay up. “Repeated errors and delays have endangered the very businesses and organizations the program was designed to help. The SBA has now missed its June 9 deadline to grant funds to those businesses suffering 90% or more losses and to begin making grants to the second tier of businesses suffering 70% or more losses,” says a statement this morning from NATO and other groups.

Indiana Jones — Not a Pedophile: I interviewed Karen Allen recently about her memories of Raiders of the Lost Ark and have to admit I just didn’t feel like asking her about the recent Internet speculation that Indiana Jones had a predatory relationship with her character, Marion Ravenwood, when she was underage. (At one point, her character tells him, without much elaboration, “I was a child! I was in love! It was wrong and you knew it. … Do you know what you did to me? To my life?”) But Uproxx went there, and Allen explained: “What I imagined is she was 16, he was 26. And he was her father’s student. And it’s left very mysterious. … when something is as vague as that, you can color it any way you want to color it. I’ve tended to color it, sort of, that it was quite innocent. … I don’t think of him as a pedophile.” My less dramatic interview will be out soon. Allen is revisiting Raiders because the four Indiana Jones films are out on a new 4K Blu-ray set. We’ll be giving one away to someone who is subscribed to our newsletter.

Comment of the Day: Tom Peterson says of Ellie Kemper’s apology: “The old saying, ‘Those of you who think you’re perfect, really bother those of us who are’ comes to mind. It was always meant as self-deprecation, but now it seems some people have taken it to heart. What really counts are our actions today. We cannot change the past, no matter the apologies issued. We can only promise to act differently in the future. I applaud Ellie’s acknowledgement, but it has absolutely no bearing on the person we know today.”

MacGruber: Here is a Saturday Night Live sketch from 2010.

Main image, above: In the Heights, directed by Jon M. Chu.

Holler Is My Battle Cry, for Appalachians to Tell Our Own Stories
Who Was Halston’s Longtime Partner, Victor Hugo?