ICYMI: The Best of June 2017 on MovieMaker.com 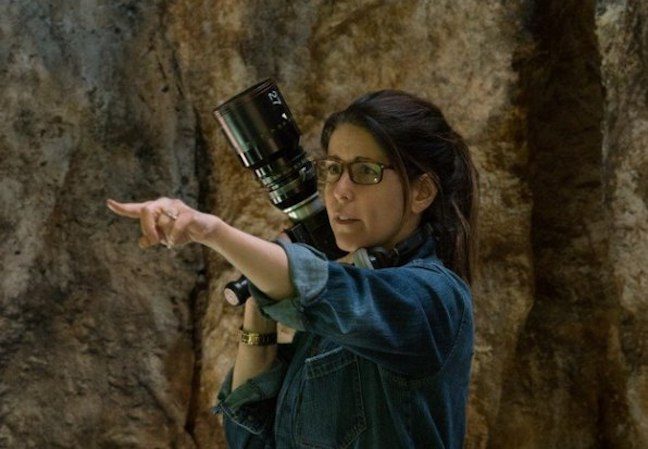 June 2017 came out swinging as the first month of a summer of wonder women.

Giving a nod to the overwhelming critical and financial can of whoop-ass opened by Patty Jenkins, Gal Gadot and the rest of the Wonder Woman cast and crew, we assembled a list of female directors who made exemplary transitions from indie moviemaking to the mainstream.

Elsewhere on MovieMaker.com, we answered vexing questions like: What should directors know about working with composers? How do you prep for the festival you’ve just gotten into? How can you coach your actors to nail an accent? What’s the secret to directing an international cast in multiple languages? How can you make a respectable feature on a $15K budget? What are the benefits of joining the Producers Guild of America, and how do you get in? And, last but not least, how do you become an expert in (fake) limb removal? Read on for all that and more.

Wonder Women: 10 Female Directors Who Made the Jump From Indie to Mainstream (by Ryan Williams)

There’s still much work to be done, but for now let’s celebrate some of Hollywood’s best working women moviemakers. Check out our list and let us know who we missed.

Score! Five Things Directors Should Learn About Working With Composers (From Hans Zimmer, Howard Shore and More) (by Matt Schrader)

Composer Tyler Bates composed music that was played on the set of Guardians of the Galaxy, allowing actors to sync to the mood and pace of the music. What else can you learn from the top?

A comprehensive 10-step program you should be following every time your film gets into a big festival.

Pitch Perfect: Seven Lessons on Getting Your Actor to Nail That Tricky Accent, From Dialect Coach Erik Singer (by Ko Ricker)

“We’ve all had the experience of a not-so-great accent performance taking us out of the story,” says this dialect coach. If you’re struggling with this in your production, read his advice.

The Tipping Point: How a Bartender Used Take-Home Cash to Self-Fund His $15K Feature (by Michael Irish)

“$15K isn’t a small budget when you aren’t paying union rates,” says Life of Significant Soil director Michael Irish. Here’s how he stretched his bartending tips to make his feature.

How They Did It: The Director of One Less God Used “Re-Voicing” Tricks to Fine-Tune Foreign-Language Performances (by Lliam Worthington)

The director of One Less God‘s secret to working with an international cast in seven different languages? Listen. Here’s how he tuned his ear to direct authentic vocal performances.

Thinking Of Joining the Producers Guild? Here’s Why I Joined, and How To Get In (by Laura Boersma)

A member of The Producers Guild of America is here to tell you why the Guild is not only a resource, but a support group. (Handy tips on how to join abound!)

Let’s take a closer look at how Janusz Kamiński lights some of cinema’s most memorable moments. (DPs will wanna take out a pen and pad for this one.)

“At the end of finishing any movie you become an expert at that particular movie,” writes Ana Lily Amirpour. “I’m now an expert on limb removal.”

Watch these videos with I Love Dick cinematographer Jim Frohna’s commentary to learn how he shot handheld and off-axis, aligned his camera with the female gaze, captured the light of a Marfa, Texas sunset and created a new visual language exclusively for the series. MM