ICYMI: The Best of January 2017 on Moviemaker.com

January 2017 was a historic month for political reasons we don’t need to tell you about here.

In the world of film, we saw the 33rd edition of the Sundance Film Festival, and the 23rd Slamdance Film Festival, indie film’s first big celebrations of the year. And in MovieMaker news, we released our annual reader-favorite Best Places to Live and Work as a Moviemaker article, listing 20-plus potential new homes for you in 2017.

So in case you missed it: These 10 posts are our staff’s top picks of the past month’s indie film art and business coverage.

1. The Best Places to Live and Work as a Moviemaker in 2017 (by Maggie Gottlieb and Julie Pearson)

Whether you’re considering a move in 2017 or just a new place to shoot, we have you covered. For the 17th year running, after weeks of research, interviews with film commissions and surveys of moviemakers, we’ve assessed and ranked the best North American cities to practice your craft.

2. Children in Peril: Why A Monster Calls Director J. A. Bayona is All About Intensity (by Paula Schwartz)

Forget “history:” Federico Fellini’s Roma isn’t an objective account of a city’s past. It’s an access point into random memories and fantasies of its director’s mind.

4. Why Doc Films (Still) Matter: The Moviemakers Behind The Age of Consequences On Getting a Message Out (by Jared P. Scott and Sophie Robinson)

“Film has a low-entrance barrier—anyone can sit down and watch an 80-minute motion picture, no matter what your political persuasion, nationality, economic disposition, age group or worldview.”

Don’t think that if you’re using a lesser-known version of a song, you won’t have to pay that much! And other music mistakes from a veteran supervisor.

M. Night Shyamalan’s recapturing his groove by getting back to the bare bones of the low-budget indie. Here he explains how making Split with limited resources was his best creative move in years.

Martin Scorsese’s characters often think they’ve got it all figured out, but the divine intervention of his camera exposes how fragile they actually are. Watch this haunting video essay to see Marty do God’s work.

8. The MovieMaker Sundance Survey 2017 and 10 Park City Breakthroughs (by MM Staff and Writers)

Jessica Williams, a Park City Breakthrough, in The Incredible Jessica James. Courtesy of the Sundance Institute

We asked the Sundance Film Festival class of 2017 to tell their stories about the road to Park City. Then we picked out 10 of the festival’s freshest faces.

9. “Trial By Fire:” 25 Years Later, Quentin Tarantino Looks Back on How Reservoir Dogs Tested Him at Sundance (by Carlos Aguilar)

“A friend gets his dream movie, gets fired in a week and a half. I kept waiting to wake up. I thought getting fired would be the wakeup,” Quentin Tarantino said at Reservoir Dogs‘ 25th anniversary screening.

Interactive Map: Explore the Best Places to Live and Work as a Moviemaker in 2017
Mastering Remote Moviemaking: How the Filmmakers Behind Akron Collaborated Across the Atlantic (Exclusive Clip) 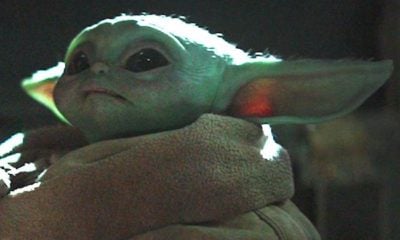 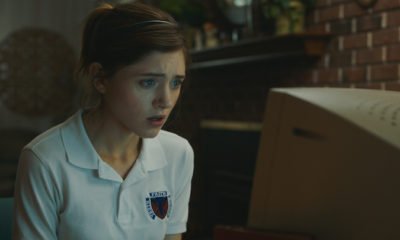