Woody Allen Responds; I Care a Lot Gets It Right; Running Man Do-Over 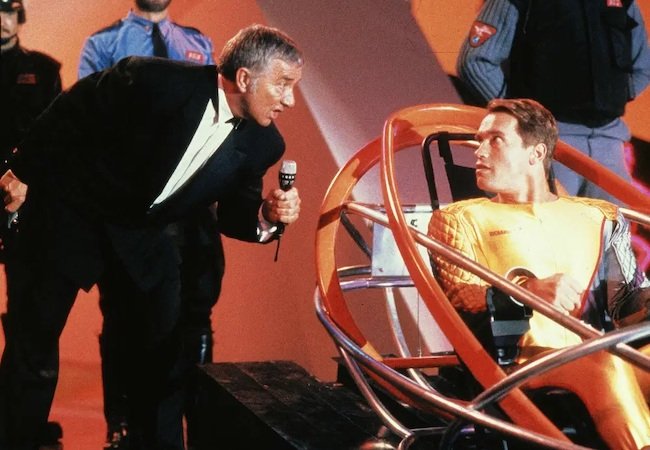 Don’t Try This at Homes: How realistic is the nursing-home scam at the heart of the stellar new Netflix film I Care a Lot? It’s unfortunately quite realistic.

Green Light: When Darius Dawson was a student at AFI, he challenged director Peter Farrelly about several aspects of Green Book — and Farrelly responded by asking him to come to his office. Here’s what happened next.

Not His First Rodeo: Dawson’s award-winning “A Rodeo Film” is now on HBO Max, and he told us how it’s a tale of East meets West.

Woody Allen Responds: He and wife Soon-Yi Previn released a statement last night calling the new HBO docuseries Allen v. Farrow a “shoddy hit piece”: “These documentarians had no interest in the truth. Instead, they spent years surreptitiously collaborating with the Farrows and their enablers to put together a hatchet job riddled with falsehoods. Woody and Soon-Yi were approached less than two months ago and given only a matter of days ‘to respond.’ Of course, they declined to do so.” Here’s a New York Times recap of the first episode.

The Re-Running Man: Deadline reports that Baby Driver mastermind Edgar Wright will direct a new adaptation of the futuristic Richard Bachman (aka Stephen King) novel The Running Man. But wait, you say: Why remake the 1987 Arnold Schwarzenegger masterpiece? Deadline says it “won’t be a remake” and will “be much more faithful to King’s bestselling novel.” I’m skeptical of whether this will work without Richard Dawson, but OK.

Army of the Dead: The Zack Snyder zombie heist movie (an idea I love) is coming to Netflix on May 21, The Hollywood Reporter says.

Nomadland: If you finally saw the Chloe Zhao-directed awards magnet now that its on Hulu, and wondered how they got access to that Amazon warehouse, the answer is: They asked.

The Squad: Andre Gower, a star of the 1987 kids movie Monster Squad, used to think fans of the film inhabited a small bubble. He was wrong — and so he made Wolfman’s Got Nards, a documentary about Monster Squad‘s schoolyard word-of-mouth success. He talks with Eric Steuer on the latest MovieMaker podcast, which is only for kids, no grown-ups allowed. You can listen on Google or Spotify or here:

Also: It’s weird, cool, and unintentional that two of the older movies highlighted here today, Monster Squad and The Running Man, both came out in 1987. I was hoping maybe the first Spike Lee movie also came out in 1987, too, but no: She’s Gotta Have It came out in 1986.

Comment of the Day: “The first half of the movie PERFECTLY replicates the real-life hustle of far too many professional guardianships, though the real life abusers like to keep a lower profile to avoid any chance of being pinched,” says Sam J. Sugar, in response to our post about the accuracy of I Care a Lot.

Main image, above: The Running Man star Richard Dawson and some poor sap who’s probably about to get killed.