How to Stay Financially Afloat; Building a Cold-War Bomb; Val Kilmer and Succession 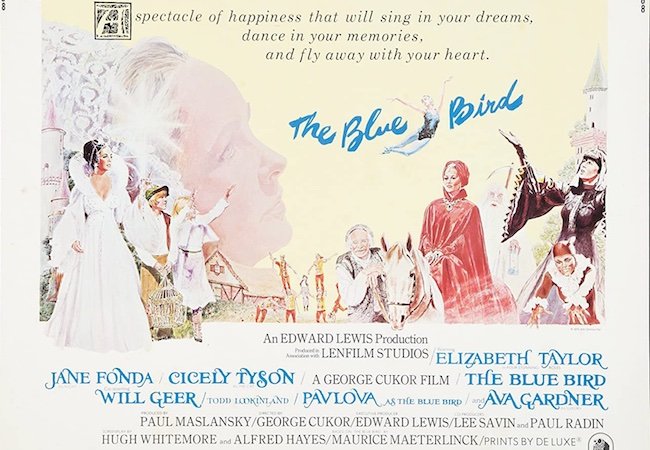 When the U.S. and USSR collaborated on a box-office bomb; advice on how to stay afloat financially while working in film; trailers for Succession Season 3 and the Val Kilmer doc Val. All in today’s Movie News Rundown.

In Soviet Russia, Movie Makes You: We’re very proud to present the latest episode of The Industry podcast, in which host Dan Delgado interviews participants in The Blue Bird, a 1970s joint production between the U.S. and Soviet Union that included Elizabeth Taylor, Cicely Tyson, and Jane Fonda. Many things went wrong. The American stars feared they would starve, Liz Taylor got dysentery, and Jane Fonda observed that Soviet crews quit at five — no matter what. You can listen on Apple or Spotify or here:

Money Stuff: Want to make it as an indie filmmaker? You might want to start by getting a job in real estate. That’s some of the counterintuitive — but excellent — advice from author Dan Mirvish in this piece on how to sustain yourself as an indie filmmaker, from his fully updated, all-new second edition of the book The Cheerful Subversive’s Guide to Independent Filmmaking. Here is an exclusive excerpt.

So, How’s Annette? Reviews are generally positive for the Cannes opening film, a kind of rock opera from director Leos Carax that stars Adam Driver and Marion Cotillard. The Hollywood Reporter‘s Scott Feinberg opines that it is “simply too long (160 minutes), meandering (with a paper-thin plot) and bizarre (one character pauses mid-cunnilingus to sing on two different occasions) — really almost contemptuous of its audience — to engage a sizable portion of the Academy of Motion Picture Arts and Sciences.” I don’t care — the movie looks interesting to me, whatever its Oscar chances. The Best Picture is almost never the best picture.

Run Up Off the Beanstalk: Another way to be a successful indie filmmaker — or successful anything, really — is to have very rich parents. Of course, even that has its problems, as illustrated by Succession, the best show around. Here’s the new Season 3 trailer:

Val: Val Kilmer had a video camera before most people did, and his 1980s footage fuels the new trailer for the upcoming documentary Val, which looks interesting. Here you go.

Main image: A promotional poster for The Blue Bird, subject of the latest episode of Dan Delgado’s The Industry.