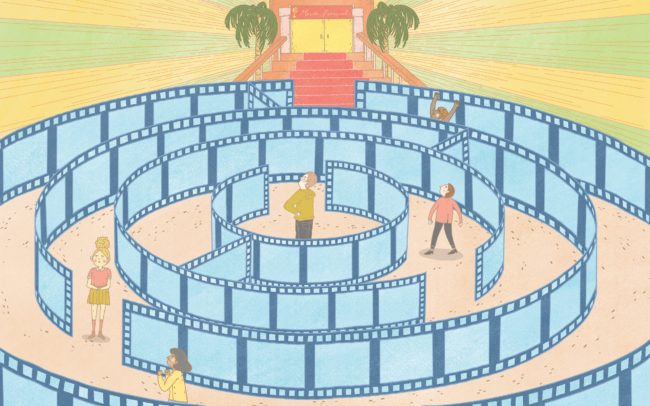 Make Your Own Tie-Breaks

When questioned about how diversity factors into the programming process, the response was more split, with some participants saying they prioritize the quality of material over a diverse cast and crew and others saying that diverse hiring absolutely factors into their decision-making process. Common among responses, though, was the idea that a project’s diversity is helpful in breaking ties between two films of similar merit.

“We are conscious of promoting diversity, but quality of submission is still the most important factor.” — Programmer

“Promoting diversity is significant for us. And yes, if it comes down to two equally good films, we will of ten pick the one that gives our festival more diversity.” — Festival Founder

“If two films close in quality are in consideration, we will always choose the film about/by the less well-represented group.” — Artistic Director

“I don’t let it impact the early screening process, but for tie breaking, diversity factors in.” — Executive Director

“If I had a final vote on a pair of equally deserving films, I would likely lean toward promoting diversity.” — Submissions Screener

“Diversity can help a good film, but not a mediocre film.” — Programmer

Alumni whose work has been previously programmed at a festival are certainly not a shoo-in with future projects, but their follow up might get a bump past the initial screener phase, going straight to a programmer. Many fests offer submission fee waivers (a nice perk for being “in the family”), so while festivals are very conscious of keeping track of what their alumni family is up to, the proverbial leg-up they’re starting with isn’t quite as strong as you might imagine. Some surveyees add that they’re more likely to take extensive notes on these submissions. That way if it is unfortunately a “pass” this time around, they’re equipped to reach out directly to the filmmaker and explain why they will not be programming their latest work. Ultimately, for the programming team it’s a tricky line in making alumni feel a part of the festival’s family while also maintaining strong ethical lines and ensuring only the best work gets programmed.

A Late Links is a Weak Link

Festival programmers can’t afford to wait until all submissions are in before they begin evaluating projects. You’re putting yourself at an inherent disadvantage by submitting later, so be sure to plan your post-production schedule far enough in advance that you make the initial submissions deadline.

Give your festival submission the same level of care that you would a college or job application. Vimeo is the go-to platform for submissions. That doesn’t mean that a programmer won’t consider a YouTube link, but they’re probably going to be suspicious of your industry know-how if you send one. Always follow the submission instructions closely. You can’t afford to give a screener any reason to feel uneasy about recommending your film up the chain of command.

“Submit early to get in the system for as little money as possible, then continue to update your Vimeo link as you refine the cut and add final color, sound, music, etc. Do not change your Vimeo password or link.” — Senior Producer

“I wouldn’t submit on the latest deadline. It’s expensive and many programs, though not set in stone, have been decided by then.” — Programmer

“Have an extensive press kit on your FilmFreeway page with links, an in-depth synopsis, and a director bio. Show that you are professional and have put time and effort into presenting your film in the best possible light.” — Festival Director

“When I’m in doubt about a film, I read everything that’s sent to me. I like to know more about the filmmakers and the process they went through. I also like to see production shots and posters. Keep descriptions short and succinct, but tell your story.” — Festival Director

“Do your research and read the rules for the festival. Nothing says ‘amateur’ like emailing us questions when the answers are clearly stated in the submission language. Fill out the additional information on the submission platform. It doesn’t hurt to have a log line, a director’s bio and a cover letter. The more personalized your submission, the better. Also, don’t forget to change the name of the festival when you’re mass emailing people and don’t assume the person you’re emailing is a dude. Nothing is worse than reading an email from someone who got your festival name wrong and misgendered you.” — Programmer

We’ll leave you with some parting words on the attitude and fortitude you’ll need to keep your head up as you work on finding your film its most fitting festivals and ideal audience:

“Festival programmers are in a fairly small network. Most of us know each other and we talk, so don’t be a jerk. We like working with friendly people, just like you do.” —Programmer

“Not getting picked doesn’t mean your movie isn’t good; it just might not be a good fit for the festival. We have a limited number of slots and know what our audiences expect for the price of a pass to a weekend of movies, which is different than a one-off moviegoing experience. We are respectful when we reject a film. If you respond with anger, we will remember that and possibly mention that to colleagues at other festivals. That doesn’t improve your chances of acceptance going forward.” — Programmer

“The system isn’t stacked against you. Make a good film and it will get into the festival that’s right for it.” — Festival Director

“Don’t worry about genre, taboos, trends, or tropes. Whether your film is commercial, experimental, or anywhere in between, stay true to your idea and make the best film you can make with no excuses. Regardless of your genre or tone, a well-made film will almost always be appreciated and will increase your chances of being watched and programmed.” — Selection Committee Member

Although the goal of festival submissions is almost always to screen and distribute your movie, don’t forget that this process is one of trial and error, research and development. As a programmer we polled wisely advises, “Don’t be turned off by this report. There’s a festival for every film and a film for every festival. Submit to the ones whose vision you agree with and want to support, whether you’re accepted or not.”

All illustrations by Angela Huang.