How Run Cast Kiera Allen, an Actress Who Uses a Wheelchair in Real Life 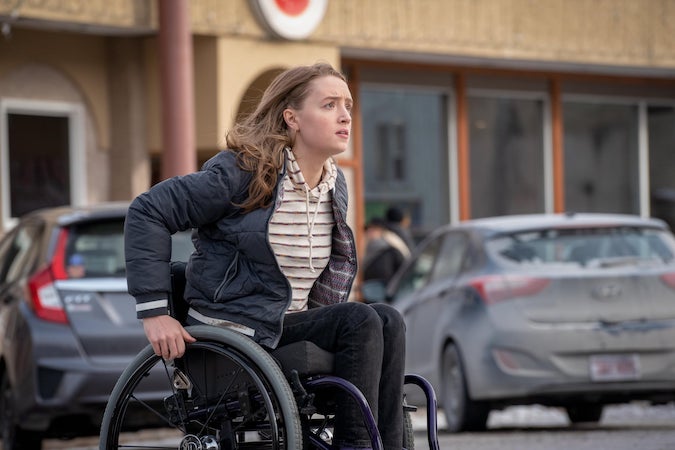 Hollywood productions regularly say they try to find actors with disabilities to play characters with disabilities, and very often say they just couldn’t find the right person. (At the time of this writing, Sia and #ActuallyAutistic are both trending on Twitter because of the singer-director’s decision to cast Maddie Ziegler, who does not have autism, as an autistic teen.)

But Run got it right. The film stars Allen, a relative newcomer, as a teenager whose mother (Sarah Paulson) uses her wheelchair and general health issues as justification to keep her locked away from the world.

“It was never a controversial topic between the three of us. It was sort of like, ‘Yeah, we’re doing this right?’ ‘Yeah.’ ‘Cool.’ And then the process of actually finding this person proved to be an intense and countrywide sort of search. And we ended up finding this incredible talent in Kiera Allen,” Chaganty told MovieMaker.

They did much of their searching online, but hit an obstacle: Actors who claimed that they used wheelchairs in their real lives — but didn’t.

“There were a couple of young ladies we saw that submitted themselves as people with disabilities. And we were like, wow, they’re really talented… but somebody looked them up on Instagram,” said Ohanian. “There were videos of them walking on the beach from like, two hours ago.”

Variety notes that Run is the first thriller in 70 years to star a wheelchair user. In an interview, Allen told Variety that her character wasn’t “shoved into a trope, something that reduces the complexity of the person or has them there to inform someone else’s journey.”

“It feels like it’s going to be the first time a lot of people in my generation ever see a real wheelchair user onscreen playing a wheelchair user. That’s a huge honor,” Allen told The New York Times. “This is not a girl who’s made to be a victim or who’s only there to inform another character’s journey. She defines her own journey.”

When the filmmakers added Allen to their short list, she was a 20-year-old Columbia University writing student who had previously been in a short film and off-Broadway play. At one point, they told her over Skype that the film required a lot of stuntwork — you’ll know exactly what they mean when you see Run — and joked that she should start prepping like Rocky Balboa.

“And then, like a week later, she sent the three of us a video of her, scored with the Rocky theme, prepping on her arm bike and using her Harry Potter wand, because she’s a big Harry Potter nerd and so are we,” Qasabian said.

You can read our full interview with the Run filmmakers here.

Run is now streaming on Hulu.

Edward Norton: Trump Wants a ‘Nixon-Style Deal’ to Exit Without Being Prosecuted
David Guillod Accused by 7th Woman, Who Says He Assaulted Her in High School