On January 13, 2008 the Golden Globe winners were announced via a no-frills, writer-free press conference. The two best picture awards went to Atonement in the Drama category and Sweeney Todd: The Demon Barber of Fleet Street in the Musical or Comedy category. Although nominated for seven awards, this Best Picture win was one of only two victories for Atonement, the other for Best Original Score. As for the acting awards, Daniel Day-Lewis won for playing an oil man (There Will Be Blood), Julie Christie won for playing an Alzheimer’s patient (Away From Her), Cate Blanchett won for playing Bob Dylan (I’m Not There) and Johnny Depp and Javier Bardem both won for playing crazed murderers (Sweeney Todd and No Country for Old Men, respectively).

Finishing with zeroes in the win column were Juno (three nominations), Charlie Wilson’s War (five nominations) and any movie having anything to do with Denzel Washington (American Gangster with three nominations, The Great Debaters with one).

The Globes are annually analyzed for how predictive they might be for the Oscars, but this year, the importance lies not with the Hollywood Foreign Press Association’s picks for the awards themselves, but rather with the format the awards show was forced to take. The million-dollar question today is not whether Julian Schnabel (The Diving Bell and the Butterfly) is now the front-runner for the Best Director Oscar (although that might be the $64,000 question), but whether or not the Academy will be forced to follow suit and turn its awards show into a high-profile press conference. 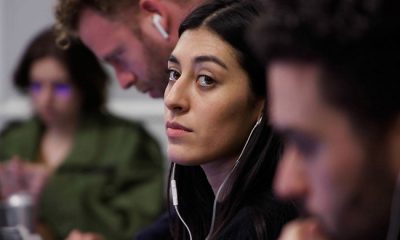