Gia Coppola on Mainstream, Her New Film About An Out-Of-Control Influencer 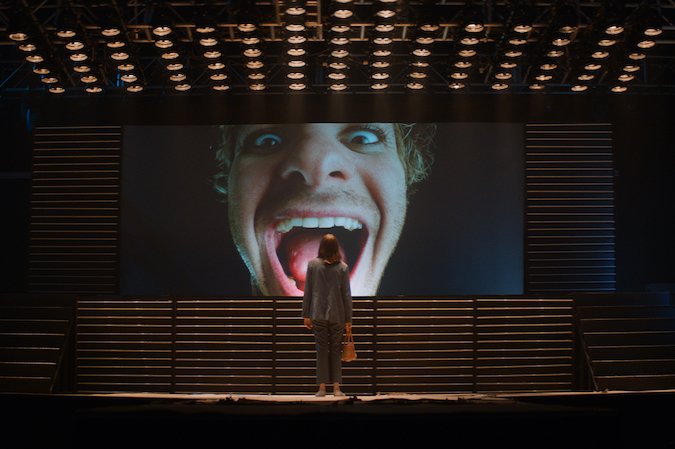 Mainstream was born when Gia Coppola caught up with a friend who was managing the YouTube sensation PewDiePie. “I was like, ‘I don’t understand what you do as your job. It’s so confusing to me.’ And she was like, ‘Well, these people tell stories on the internet. I mean, PewDiePie just plays video games, and people love it.’ And I’m like, ‘I don’t get it. It doesn’t make sense. People just open a box, and people are zoned out and love that?’”

“And she’s like, ‘Yeah. They’re so mainstream, the mainstream doesn’t even know yet.’”

Mainstream stars Maya Hawke as Frankie, a struggling bartender-actress who becomes intrigued by a feral performance artist named Link (Andrew Garfield), who seems so uninterested in modern life that he doesn’t own a cell phone. With help from writer friend Jake (Nat Wolff, who also appeared in Coppola’s 2013 debut, Palo Alto), Frankie transforms Link into an alpha influencer, who tears down social media conventions with righteous fury and needless cruelty.

Coppola, whose aunt is Sofia Coppola and grandfather is Francis Ford Coppola, talked with MovieMaker about how the 1957 Elia Kazan film A Face in the Crowd, starring Andy Griffith as a hobo-turned-TV-star, inspired Mainstream. Hanging on the wall behind her was a mock film festival flyer for a series of movies her grandfather curated for the family during quarantine: Miracle in Milan, Ashes and Diamonds, Ugetsu, The Best Years of Our Lives, Disney’s Pinocchio, and Do the Right Thing.

Tim Molloy: I just watched Palo Alto. It must be hard to make a movie that makes viewers feel very strongly, but doesn’t put its thumb on the scale or tell us how to feel.

Gia Coppola: I don’t think I was thinking about it in that way. I was very naive about how to make movies, which was sort of a blessing. And I think in a way I was kind of like a teenager. My way of wanting to go into it was I loved movies like The Last Picture Show and Over the Edge. I wanted one of those movies for my generation or generations younger. And so I was following memories that I had as a teenager, where parking lots were more fun than the actual party. Just that kind of feeling of aimlessness.

MM: Emma Roberts’ character says in Palo Alto that she thinks “all movies and TV shows and video games these days are just pointless.” Do you think there’s a sense among very young people now that movies or TV shows are less relevant than Instagram, TikTok or YouTube?

Coppola: I don’t know. I think like in everything in life, there’s pros and cons. And I think with social media and the internet, there’s definitely positive sides to it. I’m really interested in how it’s being kind of absorbed… How can you be creative and inventive with storytelling and put good use to it? Aside from the sort of showing off your ego, and inflating that?

Coppola: I’m glad to hear that. That was sort of the challenge: OK, so we’re making this social influencer, but his content actually has to feel good and viral. I love the film A Face in the Crowd. And that character was anti-establishment, and then he becomes sort of a hypocrite, because he gets fame and money and power.

MM: Do you think he starts off outside of influencer culture and then gets seduced by it? Or does he have this agenda all along to become a big star?

Coppola: Those are things that Andrew was playing with internally that I don’t really know. But I think for me, we’re all sensitive to the fact that our ego can get inflated by adoration on social media. And that’s what’s so dangerous about it. It’s very easy to kind of get into that mindset. What we were kind of going for is it just sort of was touching on the darker aspects of that character, and then it got inflated. 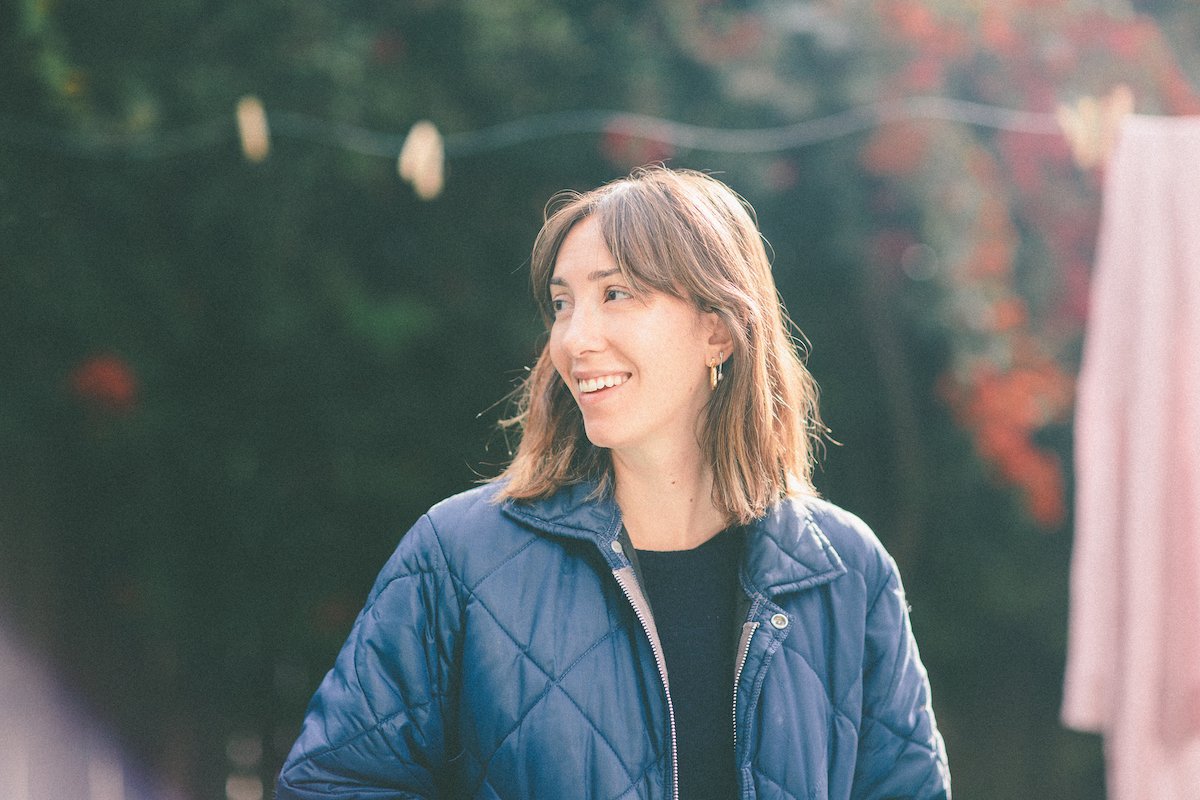 MM: Do you think there’s any possibility of social media, or the internet essentially making movies irrelevant?

Gia Coppola: I don’t think so. We’ve especially witnessed during this pandemic seeing how much we miss going to the theater and having those kinds of experiences. I think it’ll just be kind of an evolution. Social media and the internet will have inventive ways of telling stories and being different, and maybe movie theaters will be more of this sort of sacred experience.

MM: I feel like there’s almost a kind of a backlash among very young people against things being so digital and being so online. The people I most see reading physical books seem to be in their early 20s. Do you see that?

Coppola: Yeah, I mean, I think there’s so much hope in the next generation, and they’re sort of spearheading to make it better… And then there’s the side that can kind of fall victim to the numbness of that kind of shallow content. Books and education are really quite important. Otherwise, if you kind of dumb things down, you create this sort of spiral of stupidity culture.

Social media is designed to make you have a shorter attention span. And propaganda does this as well.

MM: It doesn’t seem like you’re against social media exactly. You just want to understand.

Coppola: Making Mainstream, I didn’t really want to be like a teacher, and I don’t feel like an authority. And I feel like our culture is still kind of navigating and figuring it out as well. So I just wanted to reflect back what I was feeling and thinking and kind of shed light on that.

MM: Do you think that we’re getting more artificial in our storytelling? That there’s a layer of artificiality when people are presenting themselves as their real selves on the internet? Do you think they’re actually becoming more fake? I was struck in Palo Alto by how often characters say “I love you” or want to hear that someone loves them, maybe much too soon in a relationship.

Coppola: I was thinking about just the love story in Mainstream, and it was so much for me about when you’re kind of in love with someone, and you put so much of yourself into it, and you abandon yourself. And that kind of journey of having to wake up and do what’s probably right, rather than what you want. And I think there’s a little bit of the parallel in how the internet can be sometimes about putting yourself out there, but maybe having to take a step back from what’s right.

MM: I think you’re incredible at casting. Watching Mainstream, I just thought, “Maya Hawke is going to be a huge star.” How do you choose your actors?

Coppola: I’d done a photo shoot with her, and I just felt like her and I bonded. We were together for two nights on location, and I felt like there was a sort of unspoken bond. She knew exactly what I was looking for, without having to say it. And I was seeing so much of the character Frankie in her. I felt like that was coming alive for me. And then Andrew, we have a similar acting coach. So I kind of got to know him through the years and talk to him about what I was interested in and what I was feeling about our culture, and he had similar interests.

It’s also really exciting to see someone who typically plays the good guy and the hero do something that’s more malevolent, so I think that was really fun for him.

MM: When you work with someone like Maya Hawke, who has all this film history in her family — her parents are Ethan Hawke and Uma Thurman — do you find that relatable because you’re in a similar situation of having so much film history within your family? Or is it a case where she’s just quicker on the uptake because she’s been around great actors all her life?

Coppola: I don’t know. I mean, I think it was just regardless of who her parents were, I connected with her personality, and what she was sort of emoting and her aura that felt right for that character.

MM: I think the same question applies with Palo Alto’s Jack Kilmer, whose parents are Val Kilmer and Joanne Whalley. He’s so good right out of the gate.

Gia Coppola: Yeah, it’s not my intention to kind of hire these kids that are of famous backgrounds. It’s just sort of, I got to know them and they felt right for the part. Jack had zero interest in being an actor. He wouldn’t show up to the auditions. I was like, begging him to answer his phone. Because he was so cool. He didn’t even care about his phone. But I knew he was right for the part because he just was a natural teenager. And so it was about just getting him to be comfortable in front of the camera and so I just chased him around with the camera. I’m sounding like a creep. But during the rehearsal process, I always made sure that there was a camera on him so he just felt like it was second nature.

Coppola: Yeah, my grandpa prides himself that I’m actually the fifth. I think one of my relatives invented the Vitaphone. That was what helped make talkies.

MM: So when your family talks about movies, is there general optimism? Is there worry? When theaters were closing down, and we didn’t know if they were ever coming back, was there ever a point where people were worried or thinking this might be the end of it?

Also read: Adam McKay Examines the Deaths of His NBA Heroes in Death at the Wing

Coppola: Uh, no. I mean, we don’t really talk about how to make movies at the dinner table. It’s more bohemian and kind of about creativity and following what you want to express. But my grandpa is always sort of spouting out theories and quotes, and he loved science as a kid. So he really embraces technology, and how to implement that to moviemaking, and how to be inventive and go with where the direction is telling you, rather than trying to be nostalgic.

MM: There’s an image in Mainstream where Garfield is on a screen, with his mouth open, and Hawke is in front of him, and it’s almost like she’s in his maw. When did you know that image would be in the movie?

Coppola: I think pretty early on. That kind of came to me in a dream. And I was just wanting to do that shot so badly. And yeah, it just felt so symbolic to what their characters were going through. And just sort of, you know, us and the internet also, maybe.

Mainstream, directed by Gia Coppola, opens in theaters and VOD on Friday, from IFC Films.