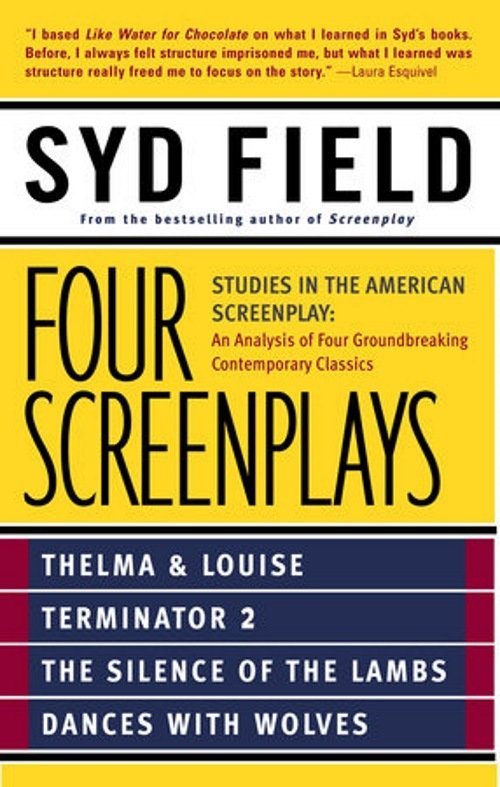 The Hollywood Reporter once called the late Syd Field “the most sought-after screenwriting teacher in the world.”

But it was during the screenwriting boom of the 1990s that this book, Four Screenplays, stood out most. Thelma & Louise, Terminator 2, The Silence of the Lambs, and Dances with Wolves were pinnacle movies from the 1990s and it was a thrill to see the guru behind Screenplay and The Screenwriter’s Workbook examine the scripts of those popular films and break them down for screenwriters to learn from.

While some of the information might be a little dated, the analysis of these four classic films and their screenplays should be studied by all. It will help you take what you learned from those films and their scripts, and teach you how to analyze other films as well as you continue to hone your craft.