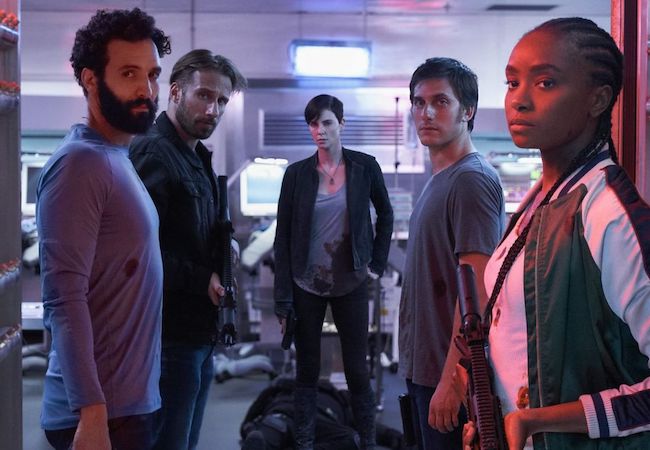 The first film NFT; cast diversity “skyrocketed” last year, Oscar predictions assembled; and the new Conjuring argues it’s time to “accept the existence of the devil.” All in today’s Movie News Rundown.
But First: If you’ve already watched all the Joe Berlinger documentaries, here are 11 Netflix true-crime docs you might have missed.
Unfungewittable: My nightmare scenario involves being unable to buy a donut because they only accept NFTs, or “non-fungible tokens.” However: This story and the video below explain how the new film Lotawana is using NFTs to raise money, and also what an NFT, you know, is.

Film Cast Diversity Has ‘Skyrocketed’: UCLA’s eighth annual Hollywood Diversity report, by Darnell Hunt and Ana-Christina Ramón, found that women and people of color made “tremendous strides among film leads” in the last year and that “overall cast diversity has skyrocketed.” (2020 was a very unusual year, as you may have heard, in that the biggest hits were streamed rather than theatrically released.) The study found diversity is good for business: Films with casts that were “41 percent to 50 percent minority enjoyed the highest median global box office receipts” and among top streaming films in 2020, ratings in the key 18-49 demo were highest for those in which the cast was “21 percent to 30 percent minority.” The whole report is fascinating.
Want the Movie News Rundown Emailed to You Every Morning? It’s free and takes 10 seconds.
Oscars Will Win, Should Win: The Hollywood Reporter says Nomadland will win best picture, but Minari should. Variety says no, Nomadland will and should win, but The Trial of the Chicago 7 could. The New Yorker‘s Richard Brody thinks Nomadland will win, and that Trial would be the runner-up if one existed. The Associated Press says Nomadland would and should win, though one of its writers would, could, should like to see Promising Young Woman, Minari or Sound of Metal sneak in for an upset.
Sullivan’s Travels?: Brody also has this observation: “In Preston Sturges’s comedy Sullivan’s Travels released in 1941, a successful Hollywood director of comedies wants to make a socially significant movie about poor people. Reminded that he knows nothing of poverty, he takes to the road as a hobo—with the studio’s team following him in a well-equipped bus. Nomadland—in which Frances McDormand, with a full battery of production support behind her, plays a nomad while having encounters with real-life one — does something similar. Its effort to blend documentary and fiction is admirable, but its sentimentalizing gaze upon the movie’s non-actors is what makes it Oscar bait.”
A Thing I Whisper Sometimes: I liked The Rider, Chloé Zhao’s movie before Nomadland, more than Nomadland. It’s one of my favorite movies of the last decade, with a perfect metaphor for that Catch-22 (familiar to football players, runners, musicians and moviemakers) in which the thing you most love may also destroy you.
Another Recommendation: Debra Granik’s Leave No Trace, which also came out in 2018, the same year as The Rider, covers similar ground to Nomadland in its presentation of a man who chooses to live outside of society and what most people would consider a home. It’s a magnificent, beautiful movie.
‘A Master Satanist Is Not an Adversary to Be Taken Lightly’: Here’s the brand-new trailer for The Conjuring: The Devil Made Me Do It, in which Patrick Wilson’s Ed Warren asks a courtroom to accept the existence of the devil. (Also, Ryan Coleman, has a terrific profile of Patrick Wilson in the latest issue of MovieMaker Magazine where they barely talk about the devil at all.)

Main Image: Netflix’s The Old Guard, one of the films highlighted in the UCLA Hollywood Diversity Report.

Lotawana: Indie Film Sets Out to Be the First Movie Sold as NFTs
Your Video Just Went Viral. Are You Sure You Own It?