Eye Piece: Juliano Ribeiro Salgado on the Poetic, Portable Cinematography of The Salt of the Earth

The documentary The Salt of the Earth is a film about my father, the photographer Sebastião Salgado. The film structure is complex, articulated around several layers of narration.

One of those layers is composed of scenes I shot while following Sebastião on some of his trips to remote and preserved places around the world. We went to an isolated village in Irian Jaya in the Indonesian province of West Papua, explored an abandoned island in the Polar Arctic circle, and visited a Brazilian indigenous tribe that still live the same way they have for the past 15,000 years.

Shooting those scenes brought many challenges, chief amongst them the fact that Sebastião is a photographer used to traveling lightly. He categorically refused the presence of a film crew around him. I had no cameraman and no sound technician, and I had to be my own team. I also had to adapt my way of shooting to the fact that Sebastião never waited for my shots to be ready, and was never willing to repeat any of his actions.

Because of this, I had to opt for very light gear: a Canon EOS 5D equipped with a Sennheiser ambient microphone, and a Sony PCM-M10 portable sound recorder (known to have a very reliable crystal sync built in) with a pair of radio microphones connected to it. I also had a couple of solar panels to recharge batteries and run my back-up hard drives.

I was mainly interested in two aspects of my father’s journeys: First, I wanted to show how much of an adventure each of his trips was. Second—and most of all—I wanted to capture Sebastião’s knack for bonding with people who had cultures and lifestyles so distant from his. This unique quality is really integral to the way he works. I decided to shoot those trips from a third-person point of view, using longer lenses than I normally would, in order to reinforce their strangeness; that foreign feeling we have traveling to “unknown and distant worlds.” 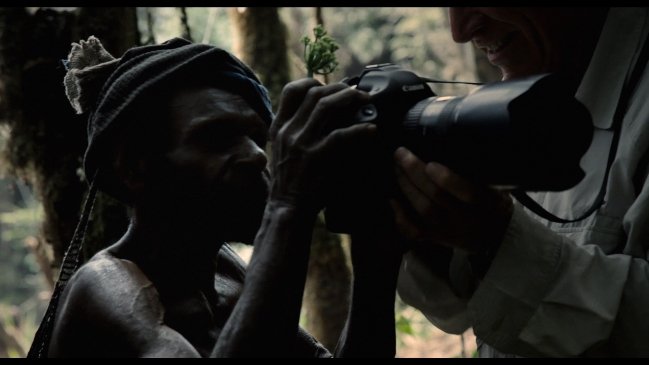 Despite the difficult working conditions, looking back at those trips, I feel privileged I had the opportunity to live such amazing experiences. Most of all, they were a chance for me to be closer to my father and to see him in action. MM

Cinema Law: What You Should Know About Wiretapping Phone Calls
Staying Clear: How the First Amendment Can Protect Your Documentary