Exposing Two Decades of Fatal Negligence: An Interview with Nick Broomfield on Tales of the Grim Sleeper 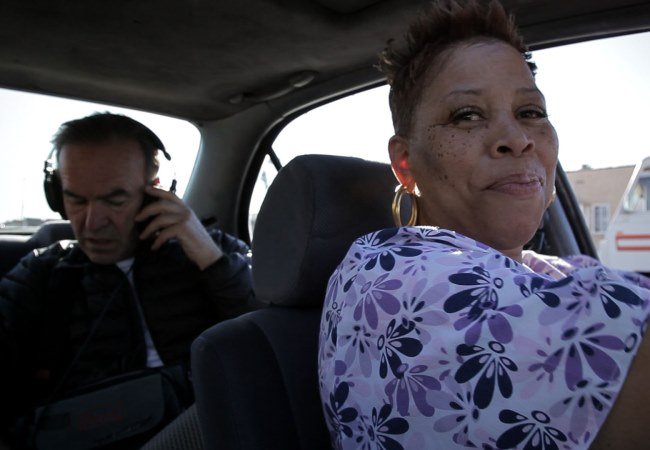 Nick Broomfield’s new documentary, Tales of the Grim Sleeper, tells a shocking and lurid story. Lonnie Franklin Jr. is said by the LAPD to have murdered at least 10 women over a 22-year period, but there’s evidence to suggest he killed many more. Most of them appear to have been prostitutes and drug addicts.

The central subject of Broomfield’s film, though, isn’t Franklin himself—or even the murders, per se—but the most mind-boggling aspect of the case: How did Franklin get away with killing so many women over such a long period of time without being caught? The answer, explored at length in the documentary, illuminates a core injustice of American society—where people marginalized by their race and economic condition fall prey to the whims of a psychopath—compounded by the shocking indifference of the municipal authorities charged with protecting them.

As usual, Broomfield (the documentarian behind features Aileen Wuornos: the Selling of a Serial Killer, Kurt & Courtney, Biggie & Tupac) puts himself front and center in his film, documenting the process of his cinematic investigation into the killings, and serving as a droll, yet wide-eyed, audience surrogate to the madness of the case.

Tales, currently showing on HBO, played both the Toronto and New York Film Festivals, and I spoke with Broomfield in New York. He agreed with me that while the serial killer story is the hook, his film is actually about much more pervasive societal problems. “Yeah, Lonnie is sort of the MacGuffin, I guess,” he told me. “A vehicle.”

Josh Ralske, MovieMaker Magazine (MM): I was wondering how you decided to make this film.

Nick Broomfield (NB): Well, I’ve lived in Los Angeles for a long time, and I’ve always been aware that there are two cities. There’s the rich part, which we hear all about, and then there’s this hidden city, probably the bulk of the population, who are disenfranchised and have no say in the politics of the city. They have the worst schools, the worst hospitals, a police department that’s completely unresponsive to them. Since the ’70s, when all the welfare programs got cut, this isolation has become much worse. Until then, I knew people who were starting medical centers in that part of town, had educational programs to try and get the talent of South Central used in a more efficient way. There was an attempt to integrate the people from South Central and so on into the rest of the city—to use their talents. They’re a talented bunch of people.

When that got cut off, and crack cocaine came in, it all changed. Their isolation became very complete. There was very little traffic between different parts of the city. And I think the killings happened very much within that context. It wouldn’t have happened otherwise. So I felt that the killings were a perfect vehicle to look at that situation. For 25 years this guy was killing—and he was caught by a computer. He wasn’t caught by some intrepid police work. Because they don’t give a damn.

MM: It also seems clear to me that a lot of the people that might have helped the police find this guy were crack addicts. You sort of understand why they were reluctant to go to the police, or deal with the police in any way. It’s less clear to me how the police handled this case, why they handled it the way they did.

NB: Why they didn’t handle it.

MM: Yeah. There was such neglect…

NB: …because I think there was no political pressure on them to be accountable. I think the police are an organization that responds to the political framework that they’re a part of. I mean, they’re not intrinsically evil. There was no pressure on [former L.A. police chiefs] Bernard Parks and [William] Bratton, or [current police chief] Charlie Beck to put their resources into it. Obviously, if this was happening in Beverly Hills or something, the place would have sealed off, and they would have gone through every building brick by brick until they got the guy. They would have just closed it down, probably after three murders.

Nick Broomfield, director of Tales of the Grim Sleeper. Courtesy of HBO

MM: It’s still astonishing to me that they knew there was a serial killer operating in this area and didn’t…

NB: …and didn’t let anybody know. I guess they just didn’t want to put pressure on themselves to have to deliver. When I spoke to Bernard Parks about it, off camera, he sort of said, “Well, we didn’t wanna tip the killer off.” For 25 years, or 20 years? I mean, it’s ridiculous.

MM: At a certain point you think they’d have realized that strategy of not tipping the killer off wasn’t effective.

NB: It wasn’t really working. I think that “N.H.I.” thing, “no human involved” [an old racist code, sometimes for gang violence, found in Los Angeles police reports], is really representative of their attitude, even if they don’t go around using that term anymore. I think the attitude’s still there.

MM: Did you ever feel like you were personally in danger while making the film? Is that a consideration when you’re doing a project like this?

NB: I think because South Central has become so isolated from the rest of the city, you don’t get normal middle-class people going in there to do anything. This sort of bogeyman image has grown up, that the barbarians are outside the walls. And actually, when you go down there, people are really likable; they’re funny, they’re talented. And they go out of your way to make you feel OK going down there. I mean, obviously, there was the shooting thing [Broomfield and his crew are in close proximity to random gunfire in one scene], but I think you’re more likely to get shot by mistake, because it’s not as if they’re great shots, you know. But I never felt frightened there. I really didn’t.

MM: Do you think any of the people you spoke to were actually aware of what he was doing?

NB: I think when you have a community that has been allowed to become so dysfunctional, people are used to seeing pretty strange behavior. Addiction is an epidemic there, which has been treated as an individual problem. It’s never been treated as a community that needs to be given the resources to cure it of this epidemic. So, you know, people on crack—they behave oddly. And Lonnie didn’t seem particularly odd in that context. He had a job. He was a constructive member of the community. Yes, he had some eccentricities, but he wasn’t flipping out in the middle of the street and running around with no clothes on and hollering and screaming. And I think that kind of behavior was very commonplace in that community.

MM: In a sense, it was sort of like the perfect environment for something like this to happen. The confluence of poverty and racism and drugs.

NB: And the enormous racial prejudice. I think this is as close to apartheid as I have ever seen. I’ve spent a lot of time in South Africa. This is a community with a people regarded as disposable.

MM: With that in mind, it’s a challenging film, because it’s so horrifying, and I’m wondering if you’re concerned about how an audience will react to it, or who the audience is for it.

NB: Of course I’m concerned, but I feel like the people are likeable. People feel empathetic towards them. I think they’re introduced to a world that they don’t know anything about, which is what I think documentaries are about. And I think there is humor in the film. Yes, it’s a hard watch, but I hope it’s a compelling and engrossing story, and it holds you from one end to the other. You know, the few people I’ve talked to have felt angry and have felt that there’s an enormous need for change.

It’s a portrait of a completely dysfunctional community that should never have gotten to that point. Of people who actually have a lot to offer, but who really don’t have the opportunity because no one really wants them to. Somehow it seems to be preferable to spend a fortune sending them all to prison. It’s an area, at different periods of time, of fantastic music and artists. It had a big culture, and it’s all kind of been allowed to go. MM: Have you gotten any sort of official response since the film has been shown?

NB: I’ve received a lot of phone calls from the LAPD, but given that they never answered any of my phone calls, I haven’t felt compelled to answer. I’ve shown the film to Margaret Prescod [an activist seen struggling to gain attention for the case]. I’ve shown the film, obviously, to Pam [Brooks, a former prostitute who helped tremendously with Broomfield’s own investigation]. I showed it to them more at the rough cut stage.

MM: How did they respond to it?

NB: Well, Pam was talking back to the screen all the way through. I almost wish I’d filmed her. She was so funny. She was very moved at the end. Tears coming down her face. Margaret Prescod has been so involved in this struggle for such a long time, that I think it’s quite difficult for her to really be objective about it. She was very emotional. I think that Margaret is a sort of unsung hero, a sort of saint. She’s very committed to making the community stronger. So I think in a way it’s quite hard when someone comes and makes a film. It’s not gonna be exactly what you wanted. I admire her very much. I think it’s pretty amazing, what she did.

MM: I feel like your experience making the film is kind of instructive. You sort of just went in there and reached out to the people in this community, and so you ended up meeting somebody like Pam, who turns out to be this great resource, and very helpful to the whole process, enabling you to connect with all these other people. And she’s somebody that at first glance, a lot of people—particularly white, middle-class people—would just dismiss. But you open up this world and this community in a way that I think is important.

NB: Yeah, because they deserve better than what they’ve got. Treating people like that—nothing good comes from it. It’s just an inefficient use of everything. Why alienate a whole bunch of people who haven’t really done anything wrong, and have a lot to offer? Other than being completely racist, I can’t understand what the motivation could be.

MM: Do you hope this film will wake people up a little bit?

NB: Well, I do! I do. I mean, I’m not a sort of evangelical crusading person, but I do feel, just on a human level, people deserve to be given a chance. I just feel there needs to be a change. The police need to reflect that community’s needs, and the people of the community need to find a political voice and political power. In the same way as Ferguson, I think. People woke up there because of the extreme situation. There had to be change. MM

“We Got Everything that’s Out There:” Brett Morgen on Kurt Cobain: Montage of Heck
Maps to the Stars: David Cronenberg’s New Age L.A. Nightmare