Eric Shapiro is the writer and director of Living Things: A Vegan & Meat Debate. A prolific horror writer, Shapiro translates his experience crafting scares into a tense drama about the politics of food, with Rhoda Jordan as a liberal yogini and Ben Siegel as her more conservative father-in-law.

In this interview with MovieMaker Magazine, Shapiro discusses how undertones of violence pepper the intense ideas debated by his actors to increase tension and create awareness about the vegan movement. Endorsed by controversial animal-rights organization PETA (no strangers to scare tactics, themselves), Living Things will be available on DVD April 15, 2014 from Cinema Libre. The film holds no bars when it comes to the contentious discussion about what humans eat, while maintaining a minimalist, My Dinner With Andre style.

MovieMaker Magazine (MM):  As a literary horror writer, with a independent horror thriller movie under your belt (Rule of Three) what made you choose to segue to a social issue film topic for your feature follow up?

Eric Shapiro (ES): I’ve always been kind of a black sheep on the horror scene. I like suspense and darkness and sometimes surrealism, so those elements together are comfortable under the horror banner. I started noticing my films, the feature Rule of Three and the short Jack Ketchum adaptation Mail Order, kept coming out more like dramas. Something in my nerve endings was putting an emphasis on character and psychology over outright horror. And I’ve always maintained that the most suspenseful piece of drama I’ve ever seen was Arthur Miller’s All My Sons; every time I see it, whether on stage or screen, I’m in an ice-cold panic at the start of the second half. The way Miller whipped up such strong intensity with a sense of social urgency, the message of owing a debt to your fellow man, is electrifying to me. It seems less filmmakers are tackling that kind of material. It’s the Oliver Stone route. You go after the nerves, heart, and conscience at the same time.

MM: For Living Things: A Vegan & Meat Debate, you crafted a gripping drama with a very micro-budget set up: a dialogue  over food choices that escalates into a surprise ending.

ES: With both my films, I knew I was ready to go when I was so excited about the premise and material that I was completely willing to go back and make the film a second time if I felt I screwed it up the first time. When I’m getting that kind of head-to-toe reaction, I know it’s time to go for it. The process is so taxing that it’s not worth feeling mixed or damp about. With Living Things, I was ignited by the challenge of seeing how absorbing I could make an encounter between just two characters. Since they’re in a conflict over veganism and meat-eating, dinner was a natural setting, so we were fully justified in setting the film at a dinner table. We had limited funds and limited time, but it was difficult to resist. I’d love to make a film on a larger scale, but at the same time, I want the ones I’m actually able to make to come out solid. So I’ll probably keep things tight and spare until I can afford not to.

MM: As an author of horror novels, what literary lessons did you apply to the screenplay to maintain tension?

ES: Interestingly, even though Living Things is an extended two-person encounter, it’s got storytelling all over it. I’m a huge narrative junkie. In the film’s first moments, we learn that Rhoda’s pregnant. That means she’s (a) vulnerable and (b) hiding a secret. We also learn near the beginning that Leo’s recovering from a heart attack and the loss of his wife. So he’s also vulnerable; his heart or emotions could slip at any moment. So that’s another Hitchcockian time bomb right there. Then he apologizes to her for yelling, so there’s another piece of data: we know the guy’s got a bad temper. He’s capable of exploding. Then we add in all the tension between them about her vegan diet. And we learn he’s conservative and she’s liberal. And we know from the beginning that Rhoda has a snooty side, too, because she snaps at her husband on the phone. And the husband’s running late, and he keeps calling throughout. Will he walk in soon? Will he call and say he got in a car accident? Is he cheating on her?

This is all classical storytelling-geek stuff. It’s all there to keep as many hooks in the viewer as possible, to make what theoretically should be a dull film into an exciting one. In Rule of Three, we kept using knocks on the door. The tension would build, and then someone would knock on the door. In Living Things, it’s the ringing phone. The husband keeps checking in. It’s a device to keep the viewer’s mind agitated and off-center.

MM: Were you conscious of using “scare tactics” either verbally or visually in the film?

ES: Absolutely. I love intensity. The whole topic of veganism vs. meat-eating has a lot to do with violence. So even though this is the least outwardly violent thing I’ve created, it has more emotional violence and is more about violence than anything I’ve ever done. I used profanity toward this end, since that’s sort of a linguistic corollary to actual violence. In polite company, which these two characters should be, since they’re in-laws, the use of profanity goes off like a bomb. When Rhoda starts hitting him with her debate points, she starts cursing more. There’s an ugliness to it. They’ll insult each other in subtle ways, and then in not-so-subtle ways. All of this is violence. Somebody who puts you down is being violent in a socially acceptable way. The great unspoken discomfort of the film, which almost barely gets mentioned, is that he’s Jewish and she’s half-Filipino, half-black. So there’s racial tension. Again, it’s not really mentioned, which is how racial tension operates in real life. You ignore it even though it’s screaming at you. In a way, the whole film, in addition to being a meditation on violence, is a meditation on human sensitivity. How much it hurts to be disagreed with, or second-guessed. We’re sensitive beings; we get hurt; we’re living things.

MM: With only two actors and one set, what were are some things you took in consideration when writing the screenplay and directing the film?

ES: The thing it took me years to learn during film classes in high school and college is that the actors and script are really 90 percent of your final product. Granted, I always get the most talented DP, editor, and musician I can find, but once your cast and script are locked, so much of what the film can and will be is already determined. Then it’s all about using film technique to bring the best out of what’s there. And  the best way to get, for lack of a better word, a “professional” tone is to try to strike a balance between a hands-on and hands-off approach. I’m a little suspicious of the word “professional” since obviously movies can work with all different tones, but when in my student work I was getting corny results, it’s usually because I was over-directing the actors or pounding the keyboard too hard.

With each department, I set a macro plan, and then only give micro notes unless things aren’t turning out well. In other words, we communicated with the actors  in advance about the tone and attitude of the characters. Rhoda Jordan and Ben Siegler are both dynamite talents and they both could have played their parts a bunch of different ways. In one rehearsal, Ben played the father-in-law like a snooty, sleepy kind of arrogant professor and it was brilliant, but it felt like it was crawling. So my main note to him was to come in like a great storm. Tons of salt and flavor. Make him from New York, where lots of my family is from. Make it fun and colorful. With Rhoda, since we’re married, it’s a more subtle conversation. We’ll talk about it throughout the day. She was going to make her character more punk at first, but we felt that was softening the strength of her arguments. So Rhoda made her sharper and more upscale. Then when we’re shooting, I really don’t want to speak to them unless I absolutely have to. There’d been a ton of rehearsal before we rolled, so they were ready, and I feel as a director it becomes my job to unleash them, not to control them. If the rhythms get a little weird or choppy, we can always fine-tune things in the edit. The main goal is to show up and try to capture the feeling of spontaneity.

As for the editor, Roger Scheck, his macro notes were all the takes I liked the best, then he got left alone and would send me the movie in 10- or 15-minute pieces. I’d give micro notes, just lots of stuff about tightening this pause or extending that moment, but it’s not like I come in and tear his whole assembly apart. Same with the DP, Ian McGlocklin: Each day we had a macro plan for the overall look. In Living Things, the look becomes more gonzo as the film progresses. It goes from civility to chaos. So we started off Godfather-style, with wide, stationary framing in which you could see the setting around them, then day-by-day we progressed to “Oliver Stone”-style in which the shot is tight on their faces and handheld and tilting slightly and you’re really there in the grit. Once Ian and I set our visual plan, I think I revised one single shot during the production.

Talented collaborators don’t need a director in their face every second. So I’m more passionate about liberating their talent than managing it. We set a plan, we stick with it, I offer revisions as needed, and we all honor the emotion in the material. It’s really simple, aside from being incredibly complicated! MM

Visit The Living Things: A Vegan & Meat Debate website and the film’s Facebook page for more information and updates. 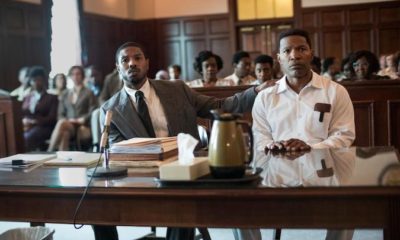 How the Black Lives Matter Movement Is Already Affecting Films 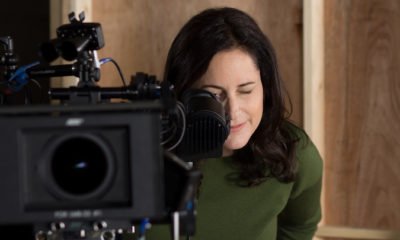 Documentary Grant Writing: Producer and Director Alysa Nahmias On All You Need to Know