Circus of Books: Meet the Straight Couple Who Owned an Iconic Gay Bookstore 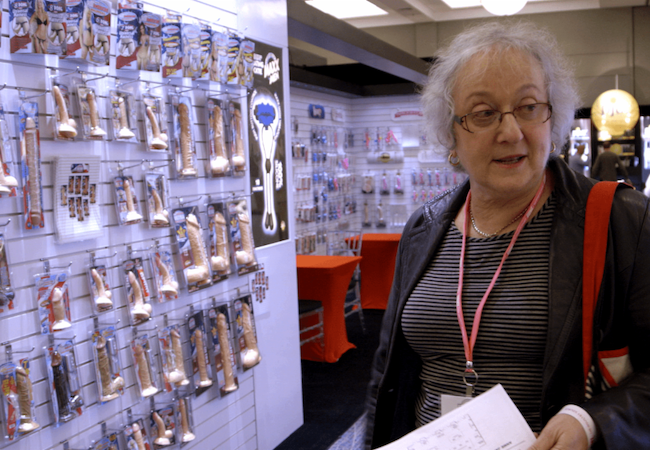 When Rachel Mason was growing up in West Hollywood in the 1980s, her parents, Karen and Barry Mason, went to work each day at a bookstore — but not any bookstore. It was Circus of Books, which became a celebrated LGBTQ location at a time when homophobia ran rampant.

Circus of Books, originally called Book Circus, provided an oasis of acceptance as far back as the 1960s, when many LGBTQ people were viciously ostracized, criminalized, and treated as mentally ill.

“It could ruin your life, just to be gay,” Rachel Mason said. “So when the store came into existence at that time, it was like this liberating, amazing thing for a population that was so used to never seeing anything that represented their fantasies — to the point where when I was interviewing people of an older generation, they would speak about the store with tears in their eyes.”

Her mother, Karen Mason, was a former Ohio newspaper journalist. Her father, Barry Mason, worked on movies including 2001, then became an inventor. One day they saw an ad by Hustler publisher Larry Flynt, who Karen Mason had interviewed back in Ohio. Their lives were forever changed.

Distributing Hustler soon led them to Book Circus, a down-on-its-luck business that they turned into a thriving one.

“I didn’t think I was going to be making a film about my family so much as a film about this really important store that was iconic in the gay community in L.A.,” Rachel Mason said. “In a strange twist, as I started making the film, my proximity to it and my family’s relationship to it became as much the story as simply the store itself, which had its own unique role in the development of LGBTQ history in Los Angeles, but in the larger world as well.”

Rachel Mason also talks in our interview about the importance of allies, how Ryan Murphy became an executive producer of Circus of Books, and meeting with Larry Flynt, who turned out to be a huge fan of her parents. She also tells us about how she once got the Hustler mastermind to speak in a church.

Circus of Books, directed by Rachel Mason, is now streaming on Netflix.