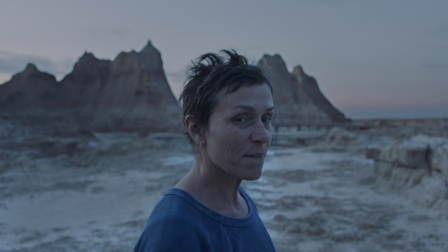 The Chloé Zhao drama Nomadland will be featured as the centerpiece film at the 58th New York Film Festival, to be held from September 25th through to October 11th.

The film is an adaptation of Jessica Bruder’s 2017 book Nomadland: Surviving America in the Twenty-First Century. It follows the journey of Fern (Frances McDormand) who ventures from her rural, small town in Nevada to explore a life outside of conventional norms as a modern-day nomad.

“I’m very excited and proud that Nomadland will screen at NYFF. I learned how to make films in New York City, at NYU. This wonderful, brave, and inspiring city means a lot to me. I’m so thankful for NYFF to invite me back to connect with its audiences,” said Zhao, director of 2017’s acclaimed The Rider.

“We are honored to have Chloé back at the festival with her most ambitious and moving work to date,” New York Film Festival director of programming Dennis Lim added. “Anchored by Frances McDormand’s indelible performance, Nomadland is a road movie for our precarious times, and it establishes Chloé as one of the most clear-eyed and humane observers of life on the American margins.”

Nomadland was produced by McDormand Peter Spears (Call Me by Your Name), Mollye Asher (The Rider), Dan Janvey (Beasts of the Southern Wild), and Zhao.

Zhao’s next film is a big departure from quiet indie masterpieces like The Rider: She’s directing Angelina Jolie, Gemma Chan, Kumail Nanjiani, Salma Hayek and more in Marvel’s The Eternals.