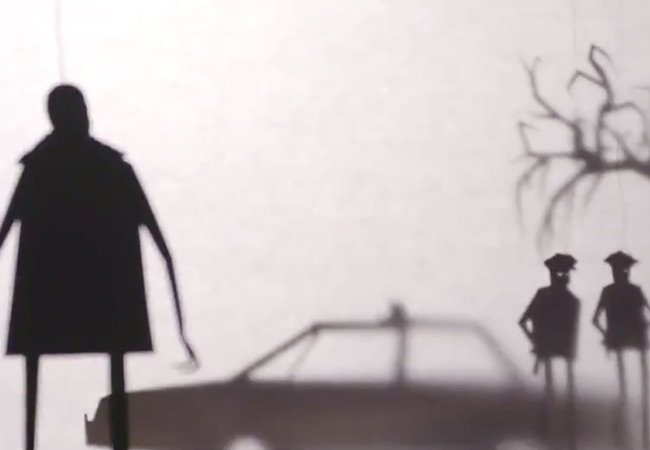 The new Candyman trailer is more artful and resonant than any trailer you’re likely to see this year. Director Nia DaCosta says her new film, a remake of the 1992 horror movie, is about “unwilling martyrs” — and it seems to speak with harsh truth about the racist violence of yesterday and today.

“CANDYMAN, at the intersection of white violence and black pain, is about unwilling martyrs,” DaCosta wrote Wednesday as she unveiled the new trailer on Twitter. “The people they were, the symbols we turn them into, the monsters we are told they must have been.”

CANDYMAN, at the intersection of white violence and black pain, is about unwilling martyrs. The people they were, the symbols we turn them into, the monsters we are told they must have been. pic.twitter.com/MEwwr8umdI

The trailer hints at the tone and intentions of the new film, but also stands on its own as a commentary on our failure to learn from our sick history.

The original Candyman starred Tony Todd as a son of a slave who became an artist — and was hired to paint a portrait of a young white woman. They fell in love, and he was lynched as a result. Now called Candyman, he rose again decades later to terrorize the residents of a Chicago housing project. Virginia Madsen played a graduate student who found herself strangely drawn to his story.

The new trailer features none of the stars of the new film, including Yahya Abdul-Mateen II, Teyonah Parris, Nathan Stewart-Jarrett and Colman Domingo, as well as Tony Todd and Vanessa Estelle Williams reprising their roles from the original.

Rather, it appears to use paper cutout shadow puppets to tell the story of a modern-day artist who is beaten by police, then attacked by a mob and dragged, in a crime reminiscent of the 1998 white supremacist murder of  James Byrd Jr. in Jasper, Texas.

Later, someone is falsely accused, and executed. And finally we see a scenario similar to the one described in the original Candyman: a black artist falls in love with a white model in the late 19th century, and is killed for it. We see him lose his hand, and gain the hook the original Candyman used to kill.

Haunting and evocative barely begin to describe it: Allusions to history and the original Candyman abound. And the abstract approach to the story makes it feel far more universal than a typical movie trailer. History, horrifically, keeps repeating itself.

Candyman, directed by Nia DaCosta and produced by Jordan Peele, is due in theaters Sept. 25.