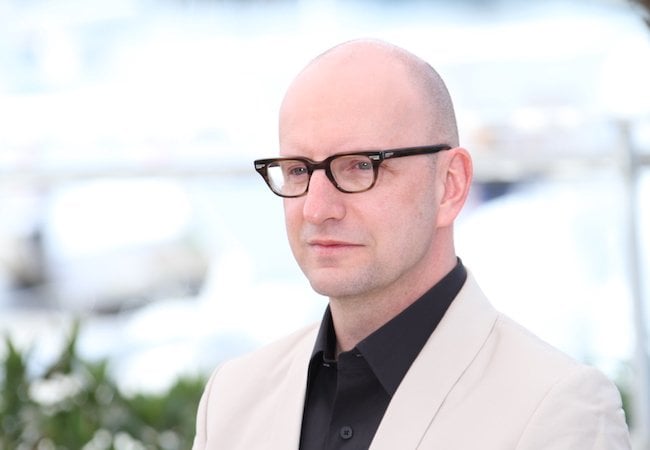 Steven Soderbergh is one of film’s best innovators of the last three decades, and Quibi poses an ideal challenge.

Quibi has had a notoriously rough start, falling short of its targets and drawing headlines like Wired‘s “Laughing at Quibi Is Way More Fun Than Watching Quibi.” It has also shown signs of promise, like its 10 Emmy nominations last month, and the announcement this morning of its new fall slate.

The slate includes Wireless, a new wilderness survival series executive produced by Soderbergh, though not directed by him. Its logline suggests, though, that someone has finally cracked what could be the greatness of Quibi.

Problems, as you hear a lot, are also opportunities to improve. Soderbergh has been overcoming challenges from the beginning, when his 1988 film Sex, Lies and Videotape proved that working outside of major studios provides artistic freedom, along with the financial limitations. The film helped launch the indie film boom of the 1990s, which continues to play out in the cinematic television — and online platforms — of today.

Since then, he has easily bounced from the sleekly modern (The Laundromat) to the historic (Che, The Knick) and from supposed high-culture to supposed low, making films with big and small budgets while avoiding the kinds of comic-book movies that became blockbusters.

Soderbergh wittily anticipated our modern disintegration between normal life and celebrity with Julia Roberts’ role as Tess, a woman who impersonates Julia Roberts, in 2004’s Ocean’s 12. But before that amusing stunt he had spent a decade making his films feel more and more like real life, most notably with the blunt documentary force of 2000’s fictional Traffic, which won Soderbergh the Oscar for Best Director.

And then he got very personal, turning to our relationship with our phones — source of the ultimate breakdown between the public and the private. While once we had to go to movie theaters or watch television for entertainment, now we guilty consume it on the same small screen we use to check weather, answer tedious emails, and post our own content, from baby photos to tweets we think might finally be the tipping point in our crusades to topple a president. We watch shows or movies and toggle over to another window to say how stupid it is, sometimes before it’s over.

Soderbergh’s High Flying Bird, released last year and shot on iPhones, enlisted our most personal device to make something sweeping and old-school cinematic. Part of the point was to create a film in the classic vein within the limits of technology designed as a kind of digital Swiss Army knife, as suited for driving directions or ordering food as for filmmaking. Using an iPhone to make a film is like using the knife part of the Swiss Army knife for whittling a totem. It’s possible, in skilled hands, but a knife designed for whittling would be better.

With Wireless, he has the opportunity to use phones on their own terms.

Quibi, which releases stories in first chunks, is designed for what founder Jeffrey Katzenberg has called “in-between moments,” like waiting for meetings to start, or for the bus. But he admitted to the New York Times interview in May that its early numbers were “not close to what we wanted,” because COVID-19 had stolen all of our in-between moments.

Now every moment feels like one long in-between moment, in which we kill time binging TV shows and movies we’d kind of forgotten about for lack of any other options.

Quibi is shot both vertically and horizontally, and Soderbergh, of course, is one of the first to seize on this. Wireless is about a college student (Tye Sheridan) who travels deep into the Colorado mountains to get to a New Years Eve party where he hopes to rekindle things with his ex-girlfriend. Distracted by his phone, he plunges into a ravine. He needs to find a signal and call for help before his battery dies.

“From executive producer Steven Soderbergh comes a survival thriller like no other, as the viewer takes the story into their own hands,” Quibi writes. “Two narratives play out simultaneously: watch horizontally for a cinematic view; twist vertically to experience Andy’s phone as your own, as he fights to stay alive.”

Jack Seidman and Zach Wechter created and wrote the series, and Wechter directs. But it isn’t hard to see why Soderbergh would be interested — or would spur the innovative approach along.

In typical Steven Soderbergh fashion, he’s recognized that the two different ways of watching a film — the traditional horizontal and recent vertical — don’t have to be at odds. They can compliment each other.

You can be a voyeur, or a participant.