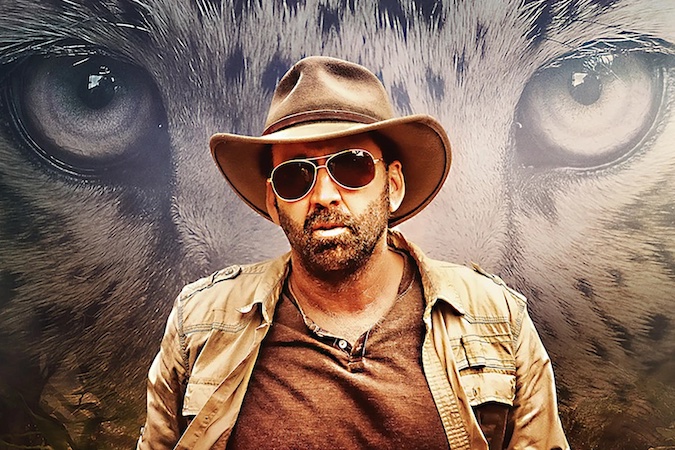 But First: This magician did a cool routine based on Tenet, a movie that came out last year.

Loki Season Finale: If you haven’t seen the Loki season finale, and want to, I would urge you to 1. Stay off social media, because there are a lot of spoilers already and 2. Check out this interview with Michael Waldron, who created the show and is also writing the new Doctor Strange in the Multiverse of Madness and working on a secret Star Wars project. One of Waldron’s surprising influences? Calvin and Hobbes. (The kid and the tiger, not the theologian and philosopher.) No spoilers because we don’t do that. It’s on Spotify or wherever you get podcasts, and here:

Speaking of Tigers: Nicolas Cage told Variety he no longer plans to play “Tiger King” Joe Exotic in an Amazon limited series. “We should clear the record,” Cage told Variety. “I read two excellent scripts, which I did think were excellent, but I think Amazon ultimately felt that it was material that had become past tense because it took so long for it come together.” Variety also said Amazon declined to comment.

Emmy Takeaways: Here is an attempt to give you the key details about this year’s Emmys nominations in 376 words. And here is an attempt to cut that down to 47 words: Streamers, especially Netflix, did great. Disney Plus’s The Mandalorian and Netflix’s The Crown tied for the most nominations, 24. That is not a record. Few records were set. But Mj Rodriguez did become the first trans nominee for a lead actor award for her role in Pose.

Oh, Also: Ted Lasso also did great, earning 20 nominations. On the same day that happened, GQ released this terrific profile of star Jason Sudeikis, which is a good read, as almost all GQ profiles are.

About the Main Image, Above: You got me, folks. That is not Nicolas Cage with a tiger. It’s Nicolas Cage with a white jaguar, in an image for the 2019 film Primal, which also features Famke Janssen and Michael Imperioli. I haven’t seen Primal — yet — but am going to predict it’s outstanding.

Happy Bastille Day! A very delightful recent episode of the Pure Cinema Podcast, featuring Elric Kane, Brian Saur and special guest Quentin Tarantino, focused on films in the public domain, and included lots of praise of the 1949 Anthony Mann film Reign of Terror, a noir set during the French Revolution. Cool, right? You can also listen to the podcast to hear Tarantino talk about watching the film for the first time with Martin Scorsese in Las Vegas during the filming of Casino. (It’s one hour and sixteen minutes in, but the whole episode is great.)https://www.youtube.com/watch?v=ep4jDPLEYzU

Mandalorian, Crown Lead Emmy Nominations With 24 Each
Felicity Jones Is a Woman of Many Passions. One of Them Is Raving.