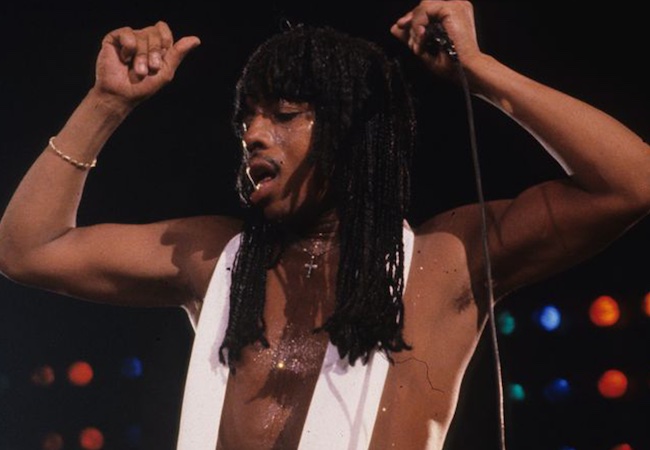 How the Cannes film Down With the King shot a huge crowd scene under pandemic protocols; watch the Rick James doc Bitchin’ a month early; a story of plus-size mountain climbers thrives at the Bentonville Film Festival; The Suicide Squad disappoints at the box office for obvious reasons… and perhaps one not obvious reason. All in today’s Movie News Rundown.

Freddie Gibbs in the Woods: The new film Down With the King shot an (apparently) massive hip-hop concert while following strict COVID protocols, and in the latest MovieMaker podcast, director Diego Ongaro and cinematographer Daniel Veccione explain how they did it. Rapper Freddie Gibbs stars in the film as a jaded hip-hop star who retreats to the mountains to record his new album. You can listen on Apple or Spotify or here:

Box Office: The Suicide Squad made less than $30 million at the box office, which is disappointing given its very good reviews but unsurprising given Delta variant fears and the fact that it was easily available for home viewing through HBO Max. Its take was less than the $40 million that another long-awaited comic-book movie, Black Widow, earned in domestic theaters in its opening weekend.

Was It The The? IndieWire suggests that some audiences may have been confused by the release of another Suicide Squad movie, titled simply Suicide Squad, in 2016. “With nearly identical titles, it might have been wiser to heavily market the difference in the films. However, that would mean tacit acknowledgement that the first film — which opened to $133 million — was a creative misfire,” writes Tom Brueggemann.

Recommended: I watched Bitchin: The Sound and Fury of Rick James last night through the BlackStar Film Festival, a month before it will air on Showtime. The film, by Sacha Jenkins, details the spectacular sonic journey of a musical master who went from playing folk rock with Neil Young to dominating the genre he called punk-funk to earning his greatest success with “Super Freak,” a song he tossed off as a bone to pop-obsessed white audiences. It is also blunt and direct about a dark side that included cocaine addiction and abusing women. Along the way we learn some insane things — like the fact that he nearly died in the Manson murders.

Give It To Me Baby: You may still be able to access it through Black Star. Here is the trailer:

Congratulations: To the winners at the Bentonville Film Festival! Kili Big, which world premiered at the festival, was awarded Best Documentary with director Ida Joglar and the film’s subjects in attendance. Roshan Sethi’s 7 Days won the jury award for Best Narrative Feature, Americanized, by Erica Eng won Best Short Film, and NOW with Fiona, by Fiona Dawson, won for Best Episodic. The festival’s focus on diversity is reflected in the makeup of its participants: In the BFF 2021 juried competition program, 71% of the films were directed by women, 75% by BIPOC or API filmmakers, and 33% by people of the LGBTQIA+ community.

Kili Big: The film is about a group of plus-sized women from around the world who set out to climb the tallest freestanding mountain on Earth, Mount Kilimanjaro. Here is the trailer:

Comment of the Day: “It’s CRAZY to me that Eastwood’s still acting and killing it,” writes Josh Barkey, in reference to the trailer for 91-year-old Clint Eastwood’s Cry Macho. “I worked as a production assistant on SULLY six years ago, and even then he was a really old dude in comfortable shoes. Wild.”

Main image: Rick James in Bitchin’: The Sound and Fury of Rick James.