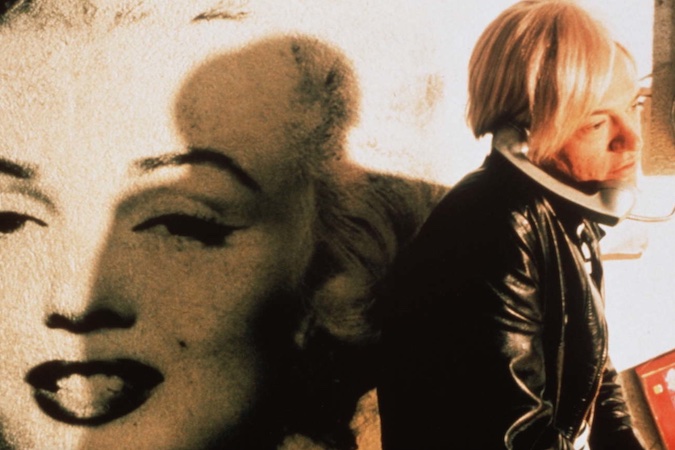 Our thoughts on a terrific list of the best New York movies; Bojack Fincher pokes fun at David Fincher for a good cause; Adam McKay thinks climate change deserves more attention that his issues with Will Ferrell. Also: “Hope is nothing without resilience.” All in today’s Movie News Rundown.

New York, New York: Vulture has this sure-to-be debated list of the 101 best New York movies. I haven’t read the full list, but going off the top of my head I’m going to guess they put Mean Streets at No. 1. Ooh! Or The Apartment. Or wait: Do the Right Thing?

Update: Okay, I’ve read the list now and absolutely love their first choice. I saw it in New York and thought, “that is perfect.” You can’t imagine the emotional impact it had, arriving when it did. I read the film as a metaphor for New York and America and am now very eager to watch it again. Good job, Vulture.

Also: If I were making my own list of the best New York movies it would include Last Days of Disco and Kids. What is it with New York movies and incredible soundtracks? I would have put American Psycho very high but I didn’t count it because it shot in Toronto. That didn’t stop Vulture from putting it on the list, and I’m cool with that. Christian Bale auditioned for Mary Harron by acting out the ax-murder scene in her East Village apartment while Harron’s husband and newborn daughter ducked out of the room, which is about as New York as it gets. I also love Vulture’s inclusion of another great Mary Harron film, I Shot Andy Warhol.

What’s Your Favorite New York Movie? Tell us in the comments.

The Listening Tour: While we’re in New York, the Queens World Film Festival, a festival we adore, is working on a new initiative called The Listening Tour in which young people produce videos about hope and resilience. A brand-new video gives eye-opening insights into how younger people have seen the wild events of recent months. I especially love this quote from 15-year John: “Hope is nothing without resilience.” You can watch (and listen) here:

Climate Change > Will Ferrell: Adam McKay is a little disappointed that so much of the coverage around his new Netflix film Don’t Look Up is focused on his breakup with friend Will Ferrell, which reportedly resulted from John C. Reilly being cast in McKay’s new Lakers series instead of Ferrell. McKay tells The Hollywood Reporter: “We made Don’t Look Up to hopefully get people talking about the climate crisis — literally the biggest threat to life in human history — and to see so much made about two comedy guys not talking about a TV show is a scary sign of our times. I love Ferrell. Always will. I had the best, most fun run of my life with him. Yes, I wish I had talked to him about it out of respect, but we were both focused on our new companies and life just took over.” Here is the background on the breakup.

Also: People keep calling it the HBO Showtime Lakers series because the 1980s Lakers era was known as “Showtime” but this is of course confusing because Showtime and HBO are rivals so everyone please just call it a Lakers series, thank you.

Bojack and Fincher: BoJack Horseman creator Raphael Bob-Waksberg raised money for the charity Trans Lifeline by releasing a deleted scene from the animated series that referenced David Fincher. Bob-Waksberg started off by wondering aloud on Twitter: “Still mystified that apparently Dave Chapelle’s deal is that he says whatever he wants and Netflix just has to air it, unedited. Is that normal, for comedians? Because Netflix once asked me to change a joke because they were worried it might upset David Fincher.” He then said he would release the unedited Fincher scene if 100 people made donations to Trans Lifeline. They did! So we all get the scene, which is here. If you feel bad about reading it without contributing to the charity, don’t worry, you still can.

Yay! THANK YOU! I don’t know if this scene is worth it, but you gave over $2000 to Trans Lifeline today and that’s definitely worth it. pic.twitter.com/i6ztDYxP3C

Context: I don’t think any amount of context will make this delightfully ridiculous scene make sense if you don’t watch BoJack, but if you read Bob-Waksberg’s full thread it will make more sense. Also, Princess Carolyn is a pink cat, and is not, as I originally assumed, a character on The Crown. Fincher of course has a great relationship with Netflix, home of his Mindhunter, Mank and Voir. And as we noted yesterday, Netflix remains in business with Dave Chappelle.

Comment of the Day: In response to Margeaux Sippell’s praise of Escape From Dannemora, Michael Raab writes:  “Inside Dannemora Prison is a cathedral class church, built with help from inmates like Lucky Luciano. Outside the church is a recreation of the fountain at Lourdes. If curious, check out the documentary, screened at several film festivals, ‘Church of the Good Thief’:

This One Time, Read the Internet Comments: Many of the comments on the YouTube video are from former prisoners who say the church gave them hope. “As an exonerated (declared actually innocent) former resident of the Clinton Correctional Facility,” wrote one man, “I can honestly say that the only breath of fresh air in that wretched environment was that church. An absolutely gorgeous structure which does grant reprieve from the drudgery of everyday life.”