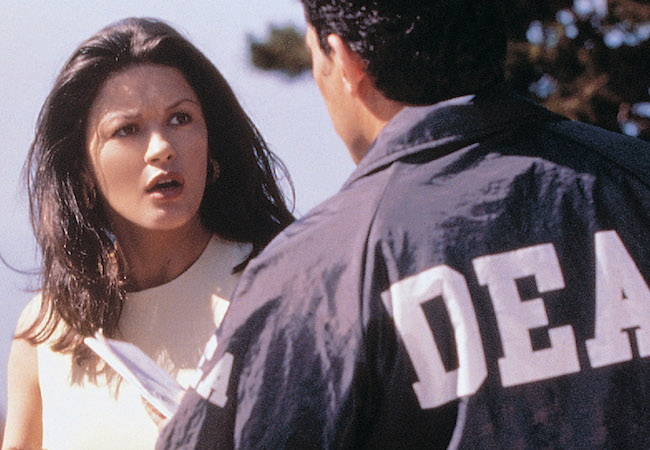 Batman Forever: In the new doc Val, Val Kilmer shares un-fond memories of the Batsuit from 1995’s Batman Forever: “Whatever boyhood excitement I had was crushed by the reality of the Batsuit,” Kilmer says in the doc, was transcribed by The Hollywood Reporter. “Yes, every boy wants to be Batman. They actually want to be him…not necessarily play him in a movie.” He adds: “I couldn’t hear anything and after a while people stopped talking to me.” He addressed it by putting his hands on his hips a lot, especially in his scenes with Nicole Kidman. “I think it made no difference what I was doing. I tried to be like an actor on a soap opera. When I would turn to Nicole…I couldn’t count how many times I put my hands on my hips.”

Val Kilmer Forever: Variety has an update on Kilmer’s health, from his daughter Mercedes. The actor has been fighting throat cancer for years. “His health is good,” Mercedes said. “He’s doing really well.” She spoke at the Val premiere, which her father did not attend.

Jackass Forever: Bam Margera has sued Paramount, Johnny Knoxville and director Spike Jonze, claiming that he was wrongfully fired from the upcoming Jackass film Jackass Forever after “allegedly testing positive for Adderall, violating the terms of a ‘wellness agreement’ he signed with the film’s producers,” according to Variety. Margera contends that he was coerced into signing the agreement while he was in rehab in 2019. Knoxville declined to comment about Margera’s firing in a GQ interview in May: “I don’t want to get into public back-and-forth with Bam,” Knoxville said. “I just want him to get better.” Jackass Forever is scheduled for an Oct. 22 release.

Traffic Reunions Forever: Catherine Zeta-Jones will play Morticia Addams in the upcoming Netflix-Tim Burton Addams Family reboot Wednesday, which will feature Luis Guzmán as Morticia’s husband, Gomez. Jenna Ortega will play the title character, their daughter. Here’s a fantastic sequence from 2000’s Traffic, featuring Zeta-Jones and Guzman, which you should not watch unless you’ve already seen Traffic in its entirety.

Easttown Forever: Mare of Easttown creator has this to say about the possibility of continuing the hit Kate Winslet series, which definitely felt like it had wrapped up its story at the end of its seven episodes. Spoilers about the show follow. “We are all interested in trying it, but we are aware of how hard it is,” he told IndieWire.  “The question is, we gave her so much trauma, where could we go to if we pulled trauma out of the toolkit? What could we give her personally to match that arc we had? We’d never be able to match the death of a child, the loss of a best friend. That’s heavy stuff. The question is, ‘What’s a deserving second chapter?’” You can read IndieWire‘s whole profile for more.

A Bitchin’ Rick James Story; Suicide Squad Box Office; Shooting a Crowd Scene During Covid
What Cinema Is For; Malice at the Palace; Titane Comes to NYC