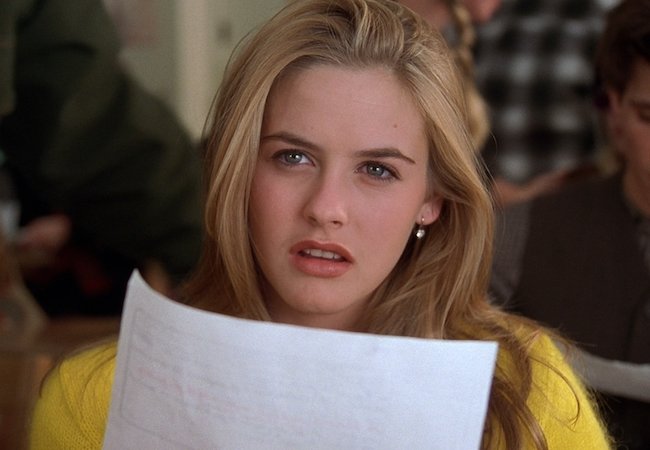 In today’s Movie News Rundown: Decoding Netflix’s Top 10; Alicia Silverstone shares some memories on the 25th anniversary of Clueless; and we spent a night at a drive-in with John Waters.

Cryin’: Vogue has a great interview with Alicia Silverstone about her role in Amy Heckerling’s Clueless, shot when she was 17 and released 25 years ago yesterday. “I found Cher on the page to be materialistic and unappealing. And really annoying, to be honest,” Silverstone says. “Just everything I sort of loathed.”

John Waters at the Drive-In: The Provincetown International Film Festival avoided cancellation this year by going online and holding screenings at a local drive-in. Friday night, we at MovieMaker were lucky enough to attend a screening curated by John Waters. At a time when we’re all looking for ways to hold on to our sanity — and connect — John Waters and a night at the drive-in delivered. We watched a movie about killer rabbits.

Netflix’s Top 10: Here’s the just-released list of the all-time Top 10 films on Netflix, from most to least-watched: Extraction, Bird Box, Spenser Confidential, 6 Underground, Murder Mystery, The Irishman, Triple Frontier, The Wrong Missy, The Platform and The Perfect Date.

Netflix’s Top 10 Decoded: Variety‘s Owen Gleiberman says Netflix’s all-time Top 10 list shows that Netflix’s isn’t really delivering on its promise to Oscar-calibre filmmakers that “If you make your film there, they will come.” His argument is that the Top 10 is largely stocked with action movies, and that The Irishman seems to be the only prestige film that has cracked it — where, he asks, are films like Da 5 Bloods, Roma, and Marriage Story?

Hmm: Gleiberman rejects the argument that Netflix bankrolls movies no one else would: “But does anyone seriously believe that if Netflix didn’t exist…  Spike Lee would never have made Da 5 Bloods?” Hasn’t Spike Lee himself has said that?

Dream a Little Bigger, Darling: We were supposed to be talking about Christopher Nolan’s Tenet right now, but instead we’re looking back on the 10th anniversary of Christopher Nolan’s Inception. “It was The Dark Knight that made Christopher Nolan a household name, but it was Inception that proved his name alone was a selling point, and that audiences weren’t just fans of Batman and the Joker, but Nolan himself,” The Hollywood Reporter says in a look at the film’s impact.

Comment of the Day: Lois Vossen says we should add two films to our list of Movies That Inspired Social Change: “The Invisible War by Kirby Dick and Amy Ziering and I Am Not Your Negro by Raoul Peck.”

The Old Guard Is Like The X-Men, If All the X-Men Were Wolverine (Podcast)
Tenet Release Delayed Indefinitely; Warner Bros. Still Aiming for 2020 Release