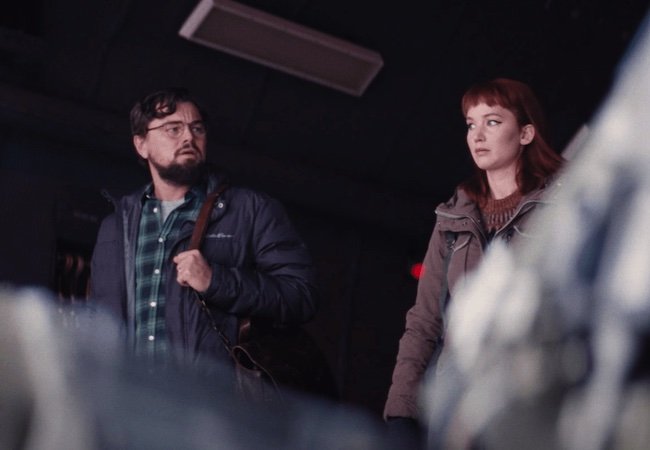 Adam McKay has earned mostly very positive reviews for Death at the Wing, his nuanced new podcast about Reaganomics, drugs and the NBA. But the occasional negative reviews he does receive accuse the show of bashing Republicans and propagandizing for the left.

It’s another day on the Internet, where research and subtlety often lose out to assumptions and anger. McKay, whose upcoming film Don’t Look Up is largely about trying to share basic facts in a messy and convoluted age, has a deeply considered take on what’s happening.

“This happens to coincide in the U.S. with a time where your average citizen has never had less power than right now. So it makes sense that the little bit of power we do have, which is to yell our opinions on social media, to get angry and outraged, would go down like that. So I understand why people fall into it.”

He adds: “The really insidious part is when you add in giant corporations like Facebook that use algorithms to harness that outrage and frustration for profit. Then you really start to get into a dangerous zone.”

McKay’s films tend to be very funny. But there’s also an undercurrent of how the people with the most information — like the characters in The Big Short and Vice — are able to profiteer from widespread fear and confusion. Even Anchorman highlights, for laughs, the dumbing down of our news.

Who benefits? The superrich, who he likens to the cunning pharmacy thieves in a 1989 indie drama.

“I think it’s important to look at it all like just an old-fashioned scam that you would see out of the movie Drugstore Cowboy, where your friend pretends to have a seizure in the front of the store. And while people take care of them, you rip off the back of the store,” McKay adds. “That’s really become our culture for the last 40 years — it’s distraction, misinformation, exaggeration, outrage, and all of it is in service of: We are being ripped off. Wages have been flat for 40 years, services have been cut, the rich have gotten preposterous — you know, hundred-billionaires now exist. I say this as someone who is overpaid here in Hollywood, but the level of wealth we see at the top 1% is incomprehensible.”

McKay will try to make some of the same points — albeit with a lot more humor — in Don’t Look Up, in which Leonardo DiCaprio and Jennifer Lawrence (pictured above) play scientists doing their best to warn the world of an impending disaster. The film also stars Meryl Streep, Cate Blanchett, Timothee Chalomet, Jonah Hill and many more.

You can listen to our full interview with McKay above, or on Google, Apple or Spotify.

And you can check out Death at the Wing on Apple, Spotify or here.